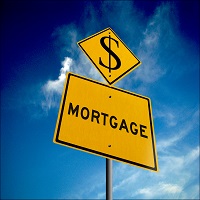 If anyone involved in Sapphire real estate were to try to pick a word to characterize the mortgage industry as a whole, “sentimental” wouldn’t be among them. Especially over the past several years, “frustrated” might be apt, or “hog-tied.” Mortgage issuers been hampered by tough rules developed in reaction to the sub-prime mortgage mess. They certainly wanted to issue more mortgages, if only for their own profitability, but until recently, the lending guidelines made that difficult.

In any case, this is an industry that relies on hard facts and statistics to govern lending decisions. Mortgage industry leaders are therefore not inclined to be overly optimistic, overly pessimistic—nor are they prone to exaggeration in their public pronouncements.

So when the powers-that-be at Fannie Mae come out each quarter with their Mortgage Lender Sentiment Survey, the “sentiment” is not the Cry Me a River or You Are the Sunshine of My Life variety. This “sentiment” describes how real estate lenders (presumably including some Sapphire mortgage companies) feel about mortgage business prospects in the coming months. The actual report has a remarkable record of a lack of sentiment: it’s usually pretty much on target.

So it is that when the 2015 first quarter Survey appeared last month (this is one real estate report whose ‘first quarter’ paper actually appears in the first quarter), it sounded another positive note in the assemblage of springtime real estate projections. The summary talked about “an improving outlook among mortgage lenders” because those surveyed “expect mortgage demand…to grow over the next three months.” The hard number was 71% having that expectation, which wouldn’t be surprising, given our entry into the busy spring selling season. The optimism drew more from the fact that this is a substantial improvement compared with the same quarter last year (71% vs. the previous 59%).

If the growth they anticipate holds true for our own market, it wouldn’t just indicate improving activity for Sapphire home buyers and sellers. After what they viewed as an “uneven” 2014, Fannie Mae’s Chief Economist Doug Duncan said the results were “consistent with our view that an improving economy, strengthening employment, and increasing consumer confidence” pointed to the more cheerful outlook.

Also cheerful was the picture mortgage issuers expected for their own well-being. A year ago, lenders who thought their profitability would increase were in the extreme minority: 21%. This year, the size of the optimistic group doubled.

Local mortgage applicants could find good news in one more of the reasons for the expectation for mortgage demand to grow over the next three months. The report talked about how last year’s credit tightening was continuing to “trend down.” And there at the top was the headline which mentioned “Gradual Credit Easing.” For anyone who had found it hard to qualify under last year’s rules, that’s very welcome news.

If you will be buying or selling anytime soon, I hope you’ll give me a call: the sentiment here is also the green light kind!