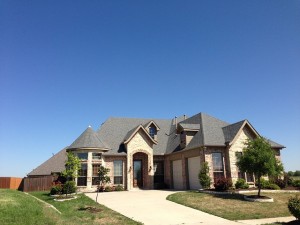 Highlands real estate trends don’t always trace patterns that are precisely identical to those in the rest of the state or nation, but sooner or later the local market almost always responds similarly. That’s because there is a certain amount of momentum—positive or negative—that is automatically spawned by the good or bad real estate market news reported in the mass media.

It wasn’t just that the bottom line number for February’s new home sales was substantial (estimated at 539,000, seasonally adjusted annual rate); it was how all the other stats supported them. Forbes headlined that February’s numbers hit a 7-year high. The financial web site Calculated Risk observed that although the report contained only two months’ worth of this year’s data, “Sales in 2015 are off to a solid start.”

In fact, just about all the accompanying details were heartening. The monthly new home sales are always revised several times as final real estate figures become available, and this time ‘round, January’s already-strong numbers were revised further upward. And the Census Bureau also tracks not seasonally adjusted sales (NSAs)—and so far this year they are up a full 19% above the same beginning months a year ago. For February alone, sales were up 24.8% year-over-year.

So, does that mean we should assume Highlands’s real estate sales are certain to jump by a full 24%, too? That would be terrific—but let’s not get carried away. For one thing, the new home sales statistics are a lot more volatile that real estate sales as a whole (new homes comprise less than 20% of the overall market). And the technical way the Commerce Department samples makes it prone to error. They put the margin of error at 15%, which makes for a lot of wiggle room.

Yet the sheer size of the sales increase makes it pretty unlikely that the trend won’t be borne out. Per Forbes, this report’s results are “viewed by economists as a measure of economic momentum and an indicator of future consumer purchases…” Those purchases are in furniture and appliances which traditionally accompany strong home sales.

Forbes’ “solid start” is exactly what we would hope for—especially since it tracks activity that was taking place even before the spring selling season got underway.

It’s getting started in earnest right now, so if you are interested in establishing your own Highlands real estate trend, this is the right time to give me a call!