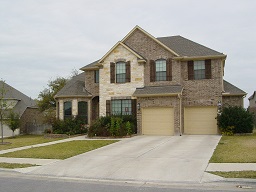 Would you buy a house where someone died? Would it make a difference if the death was peaceful or…otherwise?

You might never have considered such questions, but the answers can become a serious issue for a Sapphire house for sale—especially if it has a history that could be right out of a CSI episode. And what if you are the owner of a Sapphire house for sale with this kind of issue? It may be labeled as stigmatized—the unpleasant term that can attach to a house for sale which buyers or tenants may shun for reasons unrelated to its physical condition.
It’s a good thing that the list of potentially disturbing events isn’t a long one: death; murder; suicide; scary illness; being haunted (rather, the belief that it’s haunted—let’s not get into that discussion!). An owner might have known of a sketchy history when he or she purchased the property, or perhaps found out later on. The information may not have made a difference before, but it could impact the number of prospects who will make offers on a house for sale—in Sapphire (or anywhere, for that matter). What to do?

Selling for the Right Price

What of happenings that are simply gruesome? Another property in California’s Bay Area had a grisly past involving drugs, murder and other heinous activities. This was a stylish home in an affluent neighborhood which sat empty while other comparable homes for sale came and went. Then one day a young businesswoman made an offer well below the asking price. The bank that owned the property had a list price of $335,000, already below values in the area. After negotiation, the buyer bought the home for $261,000. She saw past the horrific story to the potential that it offered to someone not affected by the drama of days gone by. And probably counted on the fact that her remodeling efforts—plus the many years she planned on living there—would make future buyers much less likely to worry about what would gradually turn into a distant past.

One otherwise quaint home in a western small town was widely reputed to host paranormal activity. The stories of what previous owners had faced from ghosts of the past were widespread enough that even non-believers might think twice about taking it on. For some properties, it is just a matter of putting the right spin on the story. Events that took place decades ago often bring allure to a property—while more recent activities may cause buyers to hesitate. The Realtor® took the ‘problem’ head-on by making the most of it, figuring that a good ghost story could add to the appeal if it was marketed correctly. It sold at a premium.

The takeaway: if you have a Sapphire house for sale that’s connected to a sad, tragic or paranormal history, don’t assume the worst. Some ‘stigmas’ may mean a sale takes more careful handling (but that’s just one more reason why a call to my office is a good first step).

With the right story and the right price, you’re pretty certain to find the right buyer—one who either overlooks the past, or is fascinated by it!