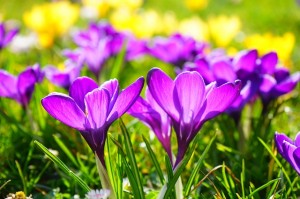 The first day of spring! The vernal equinox! This year, March 20 is the red-letter day on Highlands’s real estate calendar. It’s the nominal kickoff to the traditionally rambunctious spring selling season—historically, the go-go time of year. It’s when more homes come on the market, more prospective buyers come out to see them, and more sales are launched than in any other season.

But this year, what happens three days later might well turn out to be nearly as noteworthy.

The 23rd may not mark an annual event, but it could become a second red-letter day for Highlands home buyers and sellers in 2015. If all goes according to plan, it’s the day when Freddie Mac joins Fannie Mae in easing the down payment requirements mortgage lenders observe.

This is part of a development that surfaced last fall when sharp-eyed Highlands residents first noticed some trial balloon announcements from the mortgage lending industry. The sources were insiders who leaked details of an agreement being hammered out between Fannie Mae, Freddie Mac, and the lenders they underwrite. Fannie buys mortgage loans from the large commercial lenders, Freddie, smaller houses. Both of the mortgage behemoths are regulated by the Federal Housing Finance Agency. FHFA is the government overseer that lost most of its trusting good humor after it had to bail out Freddie and Fannie during the subprime mortgage fiasco (actually, it was we taxpayers who got the bill).

But last falls’ news leak indicated a reversal was in the wind. Borrowers with weaker credit might soon find it easier to land a mortgage, because Fannie and Freddie would resume making such loans less risky for lenders. That would be welcome news for Highlands home buyers and sellers alike. Tight Highlands mortgage lending rules had been part of the national reaction to the subprime mortgage mess, but the result had been predictable: a throttling back of the number of loans banks were willing to grant. Fewer mortgage loans meant that some sales simply wouldn’t take place. In some cases, it was downright irritating.

That’s why, for some Highlands mortgage applicants, March 23rd could mark the resumption of renewed home owning possibilities. It’s the kickoff date for a program Freddie Mac calls “Home Possible”—and it means that Fannie will be joined in offering “flexible credit terms and low down payment options”…options that can include down payments as low as 3%. Freddie’s website calls the result “more flexibility for maximum financing.”

With the kickoff of the spring selling season, Freddie’s “Home Possible” couldn’t have come at a better time (some humor-minded real estate professionals had begun to think of Freddie’s previous programs as “Home Impossible”). Even just the expected publicity should encourage some formerly gun-shy prospective Highlands mortgage applicants to resume their quest for a home to call their own.

If you could be one of them—or a homeowner preparing to list for the spring season—I hope you will give me a call. Your timing couldn’t be better!