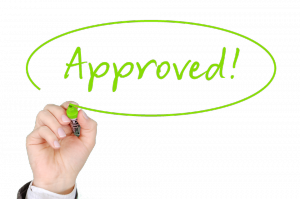 “The Jumbo Jungle” may sound a little like the elephant compound in a wild animal park, but it’s actually a seldom-quoted tab under The Wall Street Journal’s online Real Estate section. The “jumbos” being discussed are the trunkless kind—the hefty mortgage loans whose center rings are found in binders instead of circus tents.

Judging from the latest discussions Sapphire homeowners will find lately, these jumbos aren’t about to become endangered anytime soon. For one thing, 2015 registered the highest activity for the behemoth loans ever. This year’s follow-up, according the WSJ, will be unlikely to slow the pace.

The reason behind the jumbo mortgage market’s strength has a lot to do with the down stock market. Last week ended with another swoon, led by the tech stock sector. Investors were thought to have been worried by some poor earnings performance and a general “realization that the world is slowing.”

According to Inside Mortgage Finance, jumbos accounted for a full fifth of all mortgage lending last year—the highest percentage of the market since 2002. Sapphire residents looking to borrow in the high end market may also find a variety of interested lenders as asset investment dollars shift into real estate as “a safer investment.”

It was widely held that the market dip made it more likely to momentarily halt any rise in interest rates. By week’s end, mortgage rate research website HSH.com marked another drop in conforming rates, as well as the “Federal Reserve’s apparently more cautious position with regard to raising interest rates.” That “apparently” was probably well-advised, given industry experts’ recent history of hit-and-miss prognosticating.

Nonetheless, the Jumbo Jungle writers boldly headlined “WHAT’S AHEAD FOR JUMBO-LOAN BORROWERS in 2016.” Their answer was increased likelihood for jumbo loan interest rates holding below 4% “…for a while longer, which also could make borrowing large sums more attractive.” Going further, JJ quoted one mortgage sales manager suggesting that the fear of eventual rate rises could spur a “home buying frenzy” in the spring, adding to a rush of refinancing by adjustable-rate borrowers reaching the end of their fixed-rate terms.

Sapphire jumbo loan applicants won’t have to be in any kind of a ‘frenzy’ to take advantage of today’s continuing low rates and a general move toward an easing of credit score requirements. I’m glad to help point my clients toward the most active local lending resources—those that consistently provide sound service to Sapphire homeowners.