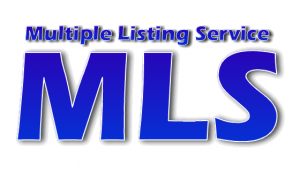 It’s probably inevitable (and may have something to do with the way our brains are wired) that when most people start looking for a home in the area, they’re automatically drawn to the new Highlands listings first. Let’s face it: all things being equal, who wouldn’t choose a new car over a used one? That’s not to say experience hasn’t taught us that ‘new’ isn’t always the best choice. Last year, NBC’s ‘new’ live version of “The Sound of Music” is one example where the new model couldn’t hold a candle to the original (even if we had seen that one a half dozen times).

Yet the impulse to look for the latest, freshest product is as automatic as going to the fresh vegetables instead of the ‘day old’ bin at the supermarket. When you’re in the hunt for a Highlands home it’s just as likely that you will opt to check out the new Highlands listings before those that have been on the market for weeks or months.

Now, there is really no reason why that isn’t a perfectly reasonable way to proceed. There is always the possibility, for instance, that a new Highlands listing has just come on the market, that it’s the most fantastically great property out there, and that by jumping on it immediately, you will steal a march on the other listing watchers—get the first showing, make the first offer, and wind up in the house of your dreams (it happens!).

If you have an energetic Highlands agent (hint: like yours truly), you may be contacted as soon as a new listing in Highlands appears that meets your requirements. Or you may have set up an internet contact alert to produce a similar heads-up automatically. These are all good ideas, as any worm-gorged early bird will agree.

But the point is, the brand new listings are not the only game in town. Even if you have already combed through the Highlands listings so often that some of them have details you can recite from memory (oh, that’s the one with the “charming entry hall cathedral ceiling”), it’s worthwhile to occasionally revisit all the listings that fit your basic criteria. Among other reasons, Highlands listings that have been on the market for a while can undergo asking price reductions. Some which you haven’t paid attention to in the past can suddenly appear when they drop into your search price range. Others which had been listed as under contract may reappear when a buyer was unable to close the deal…In short, although it’s perfectly valid to review the real estate listings with the new Highlands listings at the head of the pack, thinking of them as intrinsically superior isn’t necessarily the case. Listings aren’t lettuce. In fact, there should be a bumper sticker:

An alert and energetic real estate agent is an immensely valuable partner to have when you are on the prowl for a house of your dreams. So…call me!