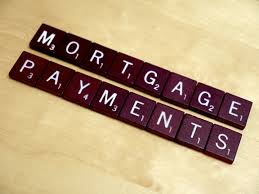 It’s usually around this time of year when the one in charge of keeping track of your Sapphire household’s finances either sits down to do some budget arithmetic, or (at a minimum) goes hunting for a new shoe box to hold the coming year’s tax receipts.

Both activities are simply exercises in ascertaining what is being spent (philosophers might recognize this as a Search for Enlightenment) – rather than actually doing anything about it. For those Sapphire mortgage holders more inclined to be actively engaged in improving their budgetary bottom lines, the credit.com website recently presented a question not often heard: are there any drawbacks to prepaying your mortgage?

Normally, the idea of making extra mortgage payments is presented as an unalloyed great idea. What’s not to like? You pay off your mortgage sooner than would otherwise be the case, which has to put any Sapphire family’s budget in better shape. Because, from the moment you make an extra payment, the balance of your mortgage is less than would otherwise be the case, each succeeding payment’s interest amount is that much smaller. Obviously, at the end of the mortgage’s term, the total amount of interest paid will have been reduced. Budgetary magic? Maybe not…but a reasonably prudent idea? You’d think so.

The point of the article is another view of that common sense idea. Paying down your mortgage more quickly “may not be the best overall strategy for your finances,” according to the article’s author, Karin Mueller. She was addressing a consumer who reported paying $6,000 extra toward his mortgage principal, but hadn’t felt fairly compensated by the amount the resulting payments showed.

The reason, according to the article, was that the reduction in the amount of principal owed was so small compared with the amount of the loan that the pennies saved in interest is fairly inconsequential. This might be valid—but in addition to those interest ‘pennies’ saved, the real savings come at the end of the loan’s term, when you are able to retire it months earlier than originally scheduled. And those ‘pennies’ do turn into dollars when you add them all up.

It is here that readers might note that there is a link in tiny type at the top of the credit.com page that says ‘Advertiser Disclosure.’ When you click it, you learn that credit.com is being compensated by some of the financial products discussed. It’s fair to surmise that some mortgage issuers might have decided it is against their interest to encourage Sapphire mortgage holders to make extra payments. Despite the further explanation that “this relationship does not result in any preferential editorial treatment,” you wouldn’t be blamed for any slight suspicions that might be raised in that regard.

The article does rightly point out that, no matter what, you should always reserve some cash in the family bank account for emergencies—using that to make extra mortgage payments might not be such a good idea. Still, all in all, perhaps paying down your mortgage as soon as it’s financially comfortable to do so IS a good idea (just like we always thought it was)!

The family budget may show your Sapphire mortgage payment as a minus in the cash flow category, but of course some of that money isn’t really gone—it goes toward building equity: the real estate portion of your net worth. Give me a call whenever you need help in that department!