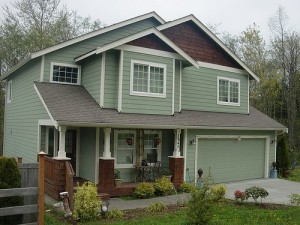 Anyone who creates listings can’t help but be drawn to critiques of real estate writing. There aren’t a whole lot of those to be drawn to, so when a respected national media titan like The Wall Street Journal comes up with an essay on real estate listing language, this is one Highlands listing writer who considers it a must-read.

The poetic analysis in question appeared just last week. From the outset, it presented itself as a less than flattering critique: “Real-Estate Pros Pen Purple Prose” was the headline—with an explanatory blurb to the effect that higher-priced real estate listing lingo tends to get a little bit flowery. Never mind that the Journal put a hyphen between ‘real’ and ‘estate’—this was clearly going to be an authoritative commentary!

“Majestically poised along the shimmering Gulf of Mexico” was the first example quoted, for an $11 million beach home listing. The critic didn’t bother pointing out that ‘poised’ indicates that there is at least a possibility that the beach home will eventually topple into the shimmering Gulf of Mexico. Instead, the point was that the example 222-word listing includes such lyrical descriptions as the ‘unique harmony’ of this ‘haven of serenity’ suitable for ‘undisturbed reflection’ (we are left to imagine how undisturbed the serenity will be once the place pitches into the Gulf).

Unlike most literary commentators, the Journal’s critic relied on science and mathematics to underscore the evaluation. The Gulf house listing, for instance, registers at the “12th-grade reading level based on the Flesch-Kincaid scale.” (Who ever heard of that?) Mathematically, an analysis of recent samples of 1,000 listings found that the language used differed greatly depending on the listing price. For homes priced below $750,000, there were 13 words in an average sentence. Above $10 million: 18 words per sentence. Average syllables per word? $750,000 and below: 1.55. High end? 1.7 syllables. Average characters per word? –well, you get the idea!

As someone who is more than peripherally involved (there’s a 5-syllable one right there!) in creating Highlands listing prose, I feel I really should point out that the number of words per sentence, characters per word, etc., really isn’t what makes an effective listing. It needs to be attention-getting, quick and easy to read (prospects don’t dawdle over listing language, most of them scan quickly), positive—and accurate! When a buyer is attracted enough to request a property showing, it better live up to the prose (purple or not).

In case you were wondering, this blog registers a solid 8.9 on the Flesch-Kincaid. But in case you are soon to need a level-headed real estate agent to create an appealing Highlands listing that describes your own home in a way that pulls in buyers, you can call anytime!