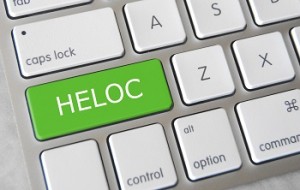 It’s because the purchase of a home involves such a substantial sum that Sapphire homeowners are often thought of as being financially constrained. With years’ worth of income bound up in a mortgage, it’s the dominant figure in many a financial statement.

But there is also another way to look at it—and it’s the way much of the financial world does. They know that homeownership is a very positive attribute. It indicates stability; dependability; substantiality; soundness. That’s why second mortgages are so common. And it’s why the financial ‘constraint’ that people think of in connection with owning a home can be a bit of a mischaracterization. Sapphire homeowners can actually be the recipients of several financial options available only to them.

Let’s first be clear about some terminology. A home equity loan is also known as a home equity line of credit, or HELOC. A true HELOC carries a variable rate of interest, continuous use of funds, and future amortization. It is most often used for purchases made over time: college tuition is a frequently cited example. HELOCs can be an option for those planning a series of home improvement projects. Home equity lines of credit can be very convenient to use: often the credit can be accessed via credit card.

On the other hand, to handle a single large expense, a second mortgage may be more advantageous. A second mortgage is borrowed as a single lump sum that is amortized in the same way as the first. Its interest rate may be fixed or variable, but is usually higher than that of the first mortgage. The standout advantage to most second mortgages is that the interest portion of payments is, like a first’s, tax-deductible. That can make them an attractive alternative for the Sapphire homeowner who wishes to consolidate other debts—for instance, to pay off credit card balances, which usually have higher interest rates. That fact, combined with the tax features, can make a second mortgage a prudent alternative.

HOWEVER…the very fact that these options—available only to homeowners—are so attractive is also why they should be chosen only after their long range effects have been taken into account. In the mortgage101 web site, for instance, you can read that “both types of loans can reduce your debt”—a statement which is at best misleading. Any loan increases debt. If the proceeds are used to pay off an existing debt, that won’t “reduce your debt;” it will just rebalance it. That might make good financial sense, but (let’s get real) the only way to reduce a debt it to pay it off. When in doubt, do be sure to run any plans by a trusted financial advisor.

Homeownership does include significant financial options, which is one reason it’s a major touchstone of the American dream. I hope you will let me know if I can help you with your Sapphire home ownership plans!