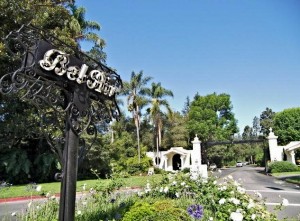 I’ll admit it: the tease was irresistible. There was no good reason why I should take the time to read on, even though it was near the top of the Wall Street Journal’s Real Estate section. This was not likely to be the kind of relevant background information that would be useful in my daily Highlands real estate dealings.

But the tease was not something I could just skim past and forget. The words were dangling there on the screen; almost a dare:

It wasn’t just the $115,000,000 home price that aroused curiosity. After all, this was the WSJ Real Estate section—where there are almost always stories about properties somewhere or other in the world with asking prices that numb the mind. It was the idea that there could actually be anywhere on Planet Earth where home prices start north of one hundred million!

Think of what the comparables reports would look like!

Now, I was fairly certain the answer wouldn’t be Highlands—home prices here tend to be considerably more modest. But the way the tease was worded, it seemed likely they were talking about somewhere in the U.S., because the home prices were in dollars. A whole lot of dollars.

Before clicking on the READ MORE box, I tried to guess the answer. Somewhere in Silicon Valley? Downtown Manhattan? Connecticut? Palm Beach? None of these seemed likely, if I recalled earlier articles about the haunts of the famous and newly down-and-out who are having to give up their mansions (often because they are scraping the bottom of the barrel, down to their last $10 million). Those estates usually have home prices in the $ single million range. I decided there must be some gimmick, wherever it was.

So I gave up and clicked:

Bel Air, to be precise—“in a new development.” And the gimmick is that this is a three-home development, “The Park Bel Air.” And it seems that none of the homes are actually built yet. These are spec homes in an 11-acre development “currently under construction.” Asking home prices do start at $115 million “and go up to $160 million, with upgrades and custom furnishings.”

I spent a minimum of time musing over what kind of upgrades would bring in the extra $35 million, and skipped down to the part where, elsewhere in the L.A. area, there is a spec home with an “unprecedented” asking price of over $500 million. The head of a New York-based appraisal firm was quoted as saying, “It’s almost as if there is no shame in wildly overpricing a listing anymore.” And down there near the very end, the article admits that there is only one thing missing from the phenomenon. Buyers.

This December’s Highlands home prices are certainly bargains—particularly when compared with The Park Bel Air’s. There are other advantages, too: they are actual homes that are already actually built, instead of just planned. Give me a call: we can actually go visit them!