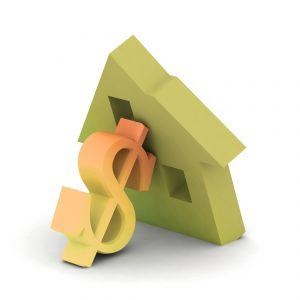 The way the media treated last week’s federal funds rate announcement by the Federal Reserve Board was a convincing demonstration of how much importance is placed on that singular piece of the financial puzzle. That rate may not be directly tied to Highlands mortgage interest rates, but since it determines lenders’ borrowing costs, its effect is considerable.

For many years now, Highlands mortgage interest rates have been comfortably nestled near the bottom of their historical range. Many Highlands homeowners have enjoyed the resulting low monthly payments on their mortgages. Highlands home sellers have likewise benefitted from home loan interest rates that make their properties more affordable than would otherwise be the case.

Real estate repercussions are a major part of the reason that the Fed’s announcement, which came midday last Thursday, had the national media holding its collective electronic breath. With ten minutes to go, one cable network talking head could add little illumination. “Wall Street will be watching the announcement very closely,” was her understatement. Channel flipping with five minutes to go, viewers found the streaming banner at the bottom of one network trumpeting BREAKING NEWS…BREAKING NEWS… before the fact. On CNBC, “the most highly anticipated announcement in years” was awaited by four commentators who had the unhappy challenge of predicting the decision mere seconds before the fact. Above the ever-moving streams of real-time data (oil was down, the stock markets up) panelists chattered about China (“it’s big and mysterious”), inflation targets (“missed again”), and optimism (“a rate hike won’t hurt the economy, it will help”). Only if the Fed “saw something down the road,” it was agreed, would they not raise rates. Then, just 5 seconds to go…then-

The most highly anticipated announcement in years was, er, the same one it’s been making since 2008.

Citing concerns over global this and financial that, the Fed said they were going to be monitoring them. The economy expanded at a moderate pace, and housing improved moderately, they said. But since global conditions might cause trouble…

The media’s excitement level flat-lined within minutes. “The markets are not panicking,” said a gentleman in a snappy suit. He looked irritated. “I blew it,” said another, who moments before had thrown in with the majority predicting a rate rise. “They cited uncertainty,” he frowned; then blurted, “The Fed is the biggest source of uncertainty!”

The stock markets didn’t react at all at first. Later, they closed mixed.

What seemed to be an excitement bust for the media was good news for many of the viewers. When the Fed funds rate continually hovers close to zero, there’s ample reason to suspect that Highlands mortgage interest rates might stay put for a while. TheStreet website later reported that they expected rates to rise a bit before year’s end. Given the recent record of expert predictions, it might be safer to stand behind one with a better chance of success: the next Fed announcement, I predict, will be the most anticipated announcement in years.

Meantime, if you have been mulling over whether to take advantage of the current balmy mortgage interest environment, I hope you’ll give me a call!