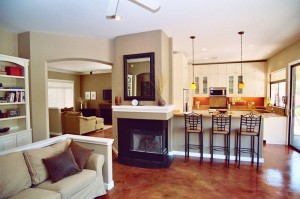 If you are at all typical, you probably won’t put even minimal thought into planning for selling your Highlands home until there’s a good reason to do so. One of the best parts of being a homeowner is the comfort you feel from having a stable home base. For a lot of us, thinking about selling your home (and then finding another; then moving) produces the opposite reaction. If we don’t have to start planning for migrating the whole household, we’d just rather not, thank you very much.

In truth, doing this theoretically-only kind of thinking won’t be so disquieting. Since an actual sale and move is nowhere on the horizon, thinking about how you would prepare isn’t nearly as stressful as the real thing. And there are a couple of practical reasons why it can be worthwhile:

REASON 1: When it comes to actually selling your home in Highlands, you will almost certainly find some minor (and even major) features that must be changed to make the place more appealing to prospective buyers. It might be upgrading or expanding a backyard deck; it might be turning a shopworn kitchen island into a butcher block showpiece.

Some of those upgrades might involve a level of expense that we’d postpone until it was absolutely necessary. Yet as a business proposition when you’re selling your home, such improvements may be just what’s needed to make your place an irresistible buy.

So the first good reason to plan for selling when you have no intention of selling is that, instead of passing on a more livable place to the next owner, you get to benefit from living in the much more livable place yourself! This is really the best reason. It’s amazing how often I hear sellers say, “(big sigh) I wish I’d done that years ago. Why didn’t I do that years ago?”

REASON 2: When you’re not planning to sell your Highlands home anytime soon (or perhaps anytime at all), you have an advantage that won’t be available when selling is imminent. That’s the ability to think about how the place will look and feel five or ten or twenty years down the line—and doing something to make it the best it can be. Most often, this involves landscaping decisions that can be made now for a next to nothing—and yield big dividends later on. Saplings that are inexpensive to plant this year can grow to provide shade and peaceful beauty a decade hence. Likewise, a problem tree that’s perfect right now (but whose roots will one day undermine your front walkway) might be mitigated by a young replacement nearby. When the offending tree has to be removed, the area won’t left barren.

Thinking about the selling of your Highlands home long before you have any serious plans to do so is a little like selling your home to yourself. You’re a discriminating prospect, after all. If a few improvements will make the place a richer environment for all the years you and your family will be living there, it’s certainly worth thinking about—and acting on—before the time comes to move on.

P.S. And just in case the time for selling your home arrive sooner rather than later, I’d be delighted if you will consider giving me a call!