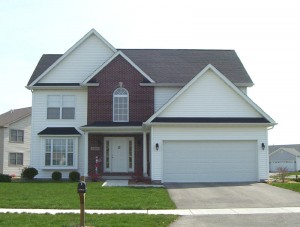 One of CNN’s most popular sites is called CNNMoney. Dollars and cents are its singular focus—no film reviews, fashion statements, or political insights. For Highlands readers minding their bank accounts, it makes consistently interesting reading.

The other day, an eye-catching ad for CNNMoney appeared on the screens of real estate sites. If you’d been browsing the Highlands listings, there it was, with this challenge: “Are you a home buying genius?” For anyone who couldn’t be absolutely sure of the answer, the ad led to an online quiz. A simple mouse click brought up the first question.

It was a good thing CNNMoney isn’t called CNNGrammar, because the first question was “How will a bad credit score effect (sic) your ability to buy a home?” The choices were four, starting with “I may not qualify for a mortgage.” Then came, “I may need a bigger down payment;” “I’ll have to pay a higher mortgage rate;” and the last, “All of the above.” They all looked possible, so Highlands home buying geniuses had an easy time with that one.

But others could have tested the neurons of any home buying Einstein.

“What’s the most surefire way to get the financing you need?” was one. “Play the Powerball” was clearly not the right answer, but the difference between “Get pre-approved for a mortgage” (choice #2) or “Have the mortgage pre-underwritten” (#3) might depend on the Highlands mortgage broker’s office terminology. If you went for #3, you got it right.

If you knew that Highlands closing costs usually run between 2%-5% of the selling price, you had another right answer. Likewise, if you chose the standard “28% of your gross monthly income” as the most you should budget for a mortgage payment. By now, it had become clear that this quiz had been put together by someone with an interest in promoting mortgage loans. All the questions were dealing with mortgages, and now ads for national mortgage outfits were beginning to appear at the bottom of the screen. Since this is nothing new when it comes to web quizzes, most readers would have kept at it.

They would have run into one question about how much savings you “should have left” after you buy a home—the kind of question that could start a debate. This one could challenge any genius. For instance, if you are The Donald, you really wouldn’t need the “at least six months’ worth of savings” that was ruled the right answer. The explanation sounded reasonable (“you’re probably spending freely to furnish or update the place”), but what if you had just bought a new home or one of the spotlessly renovated Highlands listings that are now on the market? The amount it would cost to move in could just as easily be next to nothing!

Such quibbling in internet quizzes isn’t allowed. If you got all the answers right, you were pronounced a home buying genius (with an exclamations point)…and an offer to tell the world via Facebook or Twitter. If not, you could retake the test before you told anyone anything, which does seem a little bit like an offer to peek at the teacher’s answer sheet…

In my opinion, you don’t have to be a Highlands home buying genius to score a spectacular home in this summer’s offerings. The properties are there, and the financing numbers are still historically terrific! It won’t hurt to have a knowledgeable professional clearing the way, either. Just call, anytime!