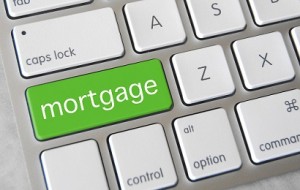 In case you set your alarm clock to go off when it was time to buy a home, that clang you may be hearing from somewhere in the distance could be it (figuratively speaking, of course). The reason has to do with the direction of Highlands mortgage rates (among others).

Now, I realize this could come across a little bit like Aesop’s boy who cried ‘Wolf’ since a year and a half ago the experts were unanimous in predicting that mortgage rates would rise throughout 2014 (to at least 5%, if I remember correctly). And not only did they not jump—after a short rise, they actually fell!

The experts were wrong. To the extent I agreed with their call, I was, too—but at least I wasn’t lonely. And I also try to be clear that predicting the future of any financial movement is never a sure thing. The same is true today…but…

Last week, less than a week after the Federal Reserve monetary policymakers emerged from their meeting, Bankrate web commentator Janna Herron published a view that sent alarm bells ringing in my head. It makes so much sense, I feel compelled to share it. Already publicized in the rest of the media was the announcement that 15 of the 17 Fed officials now agree that they expect to raise the federal funds rate at some point within the next 6 months (and one expert was quoted as expecting that as early as September or October). Fifteen out of 17 is a 88% majority, so it couldn’t get much clearer. The funds rate has been cemented to the ground at precisely zero for almost seven years. Since 2008.

Highlands mortgage rates are based upon that Fed funds rate. When it rises, mortgage rates have to rise, or lenders would have to be reclassified as charitable enterprises (not likely). The reasons given for the Fed governors’ near-unanimous prediction are both the rise in the pace of job gains and, as was reported, “The Fed also noted improvement in housing.”

Now, that news may have prompted Highlands mortgage-rate watchers to sit up and take notice—but not necessarily have them hearing alarm bells going off. But there were two other pieces of information:

As with any batch of economic numbers, the signs can be interpreted in multiple ways, but one way sure does seem to stand out: mortgage rates are attractive now, housing activity is almost certainly on the rise, and mortgage rates and monthly payments are very likely to become more expensive. The same thought may be occurring to more and more people as we enter the summer home-buying season: “What if I could pay less every month for the same home…for the next 30 years…”

Note to Highlands home-buyers. Listen carefully: that could be the sound of your own alarm bell going off! If you think you hear it, now would be a great time to give me a call!