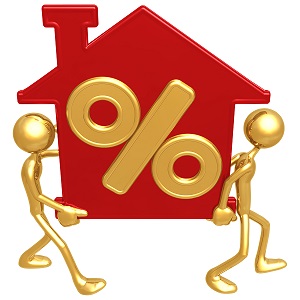 If you’ve ever had the kind of neighbor who is apt to borrow something (like your hedge trimmer), only to later complain about how it performed, you know how much patience it takes to hold your tongue. The Mortgage Bankers Association would be justified if they felt that way about me: I read their website, and sometimes quote it in posts about current Sapphire mortgage rates—but it sure makes for dull reading!

Anyway, with apologies to their (undoubtedly hard-working) writing staff, last week’s blog about national mortgage rates was as numbers-heavy as usual, yet still held a contradiction…but one that actually makes perfect sense. It also flags what could be seen as a bellwether that Sapphire home buyers and sellers would be hard-pressed to ignore.

The apparent contradiction was that mortgage rates were on the increase: national mortgage rates for 30-year fixed loans rose to 4.17%, which is the highest they’ve been since November. This is for conforming loans; the jumbos (greater than $417,000) went north as well, up to 4.15%.

As everyone knows, low mortgage interest rates are terrific for our Sapphire residential home sales. The low monthly payments that they create make homeownership more affordable for a greater number of buyers. So when rates increase and monthly payments go up, it should create a drag on the market. The apparent contradiction in the MBA release was that the increase in rates was accompanied by an increase in mortgage applications. And it was a big one: up 8.4% from the week before.

Most commentators were united about the phenomenon, and it’s hard to disagree. In addition to the natural surge that comes with the season (spring and summer are always expected to be quite active), consumers are seeing the uptick in mortgage rates and suspecting that rates will head higher. That’s nudging them to action, causing them to jump in now, while rates are still attractive—especially compared with historical averages.

CNBC’s Diana Olick agreed that such sharp increases actually help the home-buying market. She quotes one lender’s take about the buyers: “They understand that ‘wait a minute, rates are at an all-time low, let’s react now, let’s react before they go higher.’”

It’s far from a certainty that rates will continue to take off. Lots of us remember last year, when almost all the experts predicted a rise, yet mortgage interest rates headed in the opposite direction…and stayed there! But you can hardly blame area buyers if they go with the national trend and decide that locking in today’s rates is a prudent move: it’s a bird in the hand.

If you have been thinking along the same lines, I hope you will give me a call!