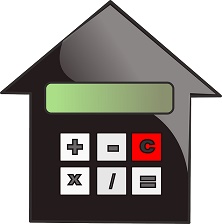 Last week, The Wall Street Journal ran an article about personal finances that Highlands mortgage payers who are at or near retirement age should find thought-provoking. It centered on the idea that today’s retirees are often making a decision that differs from what past generations have chosen.

The basis is twofold. First, it’s undeniable that the 60- or 65-year-olds of today rightly expect a future that’s likely to stretch one or more decades longer than was the case for their grandparents. Improved health care and health awareness have combined to extend life expectancies considerably. The WSJ didn’t mention it, but some quick research reveals that while a baby boomer’s parents (assuming they were born in the 1920s) had a longevity expectation at birth of only about 55 years, the CDC says that today’s average 65-year-old male can expect to live another 18 years—with ladies even out-surviving them by another 2½ years.

Such a radical advance combines with a second development—today’s low mortgage interest rates—to create a shift in thinking by many as they hit retirement age. Experts believe that previous generations tended to feel “they were in the last inning” of life, and thus needed to pick a safe path regarding their residences. Paying off their home’s mortgage was given very high priority—one that was almost universally unquestioned. Home ownership unencumbered by a mortgage was taken to be a sound part of a worry-free old age.

But today’s Highlands retirees are significantly less defensive in their thinking. According to The Journal, “Maybe their parents paid off the house before retiring, but many baby boomers say it makes more sense to carry a mortgage.” Instead of surrendering their cash or investments, the 21st Century trend is for mature Americans to take advantage of today’s low interest rates. The long time run-up in the stock market has also made the choice that much more appealing.

Highlands seniors may also be departing from the way previous generations behaved. A Merrill Lynch/Age Wave study in August found that 30% of relocating retirees were moving to larger homes! And let’s face it: the whole notion of retiring is undergoing a transformation as more and more of the 60+ set realize they don’t want (or can’t afford) to quit working altogether. With so many good years before them, many are embarking on new careers—often elatedly following pursuits they’d “never had time for.”

With mortgage rates in Highlands continuing to roost down in the bargain basement, today’s seniors aren’t alone in recognizing that this spring represents a rare home buying opportunity. If you are coming to the same conclusion, I hope you will give me a call to chat about today’s many Highlands offerings!