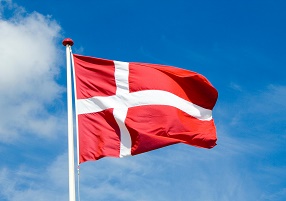 Since Sapphire home interest rates continue to play such a leading role for buyers in today’s real estate market, any relevant news items bear watching. For quite a while, home interest rates in Sapphire have cooperated nicely, dwelling at tantalizingly low levels. It’s been helpful to sellers and buyers alike.

Meanwhile, some strange headlines about European home interest rates have been appearing from time to time. They never seemed to make much sense, but it’s Europe, after all—and we have our hands full trying to clarify our own economics right here on this side of the Atlantic.

Yet there are some headlines you just can’t ignore. Late last month, this one appeared in Yahoo Finance:

After pausing to be certain the item wasn’t under an April Fool’s dateline (it wasn’t), further examination didn’t dispel the feeling that someone at Yahoo had spent too much time reading Alice in Wonderland. The article said that bank interest rates had declined so far that home interest rates in at least one country had now fallen below zero.

In other words, through the looking glass.

Now, before leaping to the conclusion that home buyers in Denmark would therefore expect banks to pay them every month, this seemed to be the point at which bringing a little common sense would be called for!

That, according to Yahoo, is exactly what’s going on in Denmark.

Since we’ve all been hoodwinked by silly news items on the web, here is where it was clearly time to check out other authoritative sites. A respected European blogger named Jan Oravec stated in no uncertain terms, “Many economists consider negative interest rates impossible.” But reading further, Oravec admitted that nonetheless they do exist.

Per Market Realist: “In Germany, Switzerland, Ireland, Belgium, and [you guessed it] Denmark, it was about time we saw negative mortgage rates in Europe as well.”

Bloomberg Business quoted Danish Business Minister Henrik Larsen: “There’s a need for us to create clarity over how we can best handle this situation going forward” (that seems to be something of an understatement).

Yahoo got specific: “Nordea Bank’s IT systems need to be reprogrammed as it’s not accustomed to situations where the bank isn’t receiving interest payments on outstanding mortgages.”

According to a Google translation of blogger gjohnsit, banks there “have had to pay interest back instead of charging them.” Reading our minds, he asks, “How is it possible, that someone could go to a bank, take out a mortgage, and expect the bank to give them money every month?”

The answer, according to economists, is Euro deflation (but then again, wasn’t it economists who considered negative interest rates to be impossible?)…

We might be tempted to wish for the same situation for our own Sapphire home interest rates, but I don’t know. There is an aura of something-for-nothing hovering over the whole idea.

Besides, today’s mortgage rates are already quite reasonable—and a solid reason to give me a call!