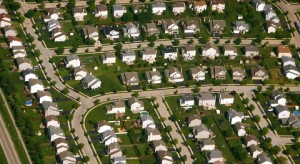 Sapphire real estate trackers stay informed via the most recent listing and sales numbers, which is the most solid information of all. It’s helpful for planning purposes—even though what has happened in the past is only a suggestion of how real estate in Sapphire will perform in coming months. To get another indicator of future activity, the broader national trends are worth watching, along with the analyses and predictions of the top real estate experts. But it’s not always clear which trend is emerging, or which expert is right.

Case in point concerns younger families abandoning more urban areas to take up residence in the suburbs. Everyone acknowledges this group has been slow to settle into their first single family homes; but now there is a trend that has them selling their expensive condominium in downtown core areas, then using the proceeds for down payments on a house in the suburbs.

Real estate commentators who see this trend can bring convincing logic to their argument. Condominiums in most major downtown city cores have become increasingly expensive. For the lucky owners, it means they have gained significant real estate equity. However, especially for those with growing families, the downside is that they can’t afford to grow into a larger condo in their current neighborhood. Their best option is to sell the condo and move to the suburbs, where their money will get them more real estate.

Urban Studies Professor Joel Kotkin confirms that the first group of millennials, now entering their 30s, “are beginning, like preceding generations, to move to the suburbs.” It’s a trend that sounds reasonable enough…but not to everyone.

Others disagree, convincingly. In fact, it’s more than a disagreement: they propound the opposite—a movement is toward city cores. The 36th edition of the seriously respectable Urban Land Institute/PricewaterhouseCoopers Emerging Trends in Real Estate report says, right there in Chapter 3, that “vibrant urban centers are almost a universal trend” in all 75 markets surveyed. That’s quite a few markets (compiled by 1,400 contributors). Lest anyone be unclear about the emerging trend itself, those quotes come from the section called “Continuing Urbanization Trend.”

To be fair, both perceived trends are subject to qualifications and footnotes that, it’s fair to say, muddle the picture. Under the Urban Land Institute/PwC’s Continuing Urbanization Trend heading, for instance, lies the statement, “Interviewees…cited activity in the traditional downtown area and also in suburban nodes.” In other words, perhaps the Urbanization Trend could also be sort of suburban, sort of. Sapphire real estate watchers, hoping to spot a trend, could conclude that young families are moving to and fro…

In any case, you don’t have to fall into the Millennial, Gen X, GenY, Boomer or even the Greatest Gen category to follow one distinctly local trend: if you will be looking for a new home in Sapphire—or have one to list—giving me a call is the thing to do!