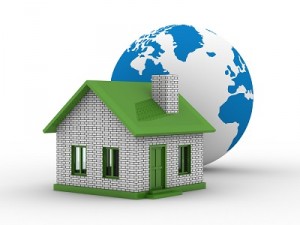 Highlands homeowners could benefit if the influx of international home buyers continues to expand. According to a study from the National Association Realtors®, the trend in that direction has been accelerating. In the most recent release covering the twelve-month period ending last March, foreign nationals are reported to have spent more than $92 billion in the United States for the year.

How Highlands homeowners stand to benefit from the increase in foreign buyers has a lot to do with today’s changing real estate marketplace. Since international home buyers need to learn as much as possible about a property from afar, the improvements in online presentation serve a very necessary purpose. When one of our Highlands listings includes an extensive selection of photos or video footage, it becomes a legitimate part of the emerging international marketplace. Combined with today’s easy-to-navigate links to detailed information about Highlands’s neighborhoods and local amenities, a local property is realistically accessible to buyers from anywhere in the world.

Last year’s foreign sales were split almost equally between foreign buyers whose primary residence is outside the country and those currently living here. Not surprisingly, the greatest number of sales—19%—came from Canadian nationals, closely followed by the Chinese (16%) and Mexicans (9%). Both Indian and United Kingdom nationals weighed in with 5% of last year’s purchases, while lesser percentages of international home buyers hailed from Germany, followed by the French, Brazilians, and Japanese.

The NAR study also delved into the reasons international home buyers increasingly favor U.S. properties—although the answers were wide-ranging. For some, it was the investment potential that was the biggest draw: owning U.S. properties is seen as a solid way to diversify foreign portfolios. International buyers value the relative economic stability and attractive prices present in our real estate market. Other buyers are relocating to the United States for professional reasons, while still others purchase a property for children attending college.

One aspect that Highlands property owners might find interesting is that international home buyers tend to purchase higher-priced houses. That might be due to the impact of the Chinese buyers, whose primary focus is in areas like New York and California where properties are more expensive. In contrast, Canadians are more likely to purchase in lower-priced areas of the country. This is one reason why, although Canadians purchased more properties last year, the amount they spent ($13.8 billion) represented a slight decline from the previous year.

International buyers have another standout attribute that Highlands home sellers should find attractive: they are more likely to pay entirely in cash! About 60% of all purchases made by international home buyers required no financing—that’s up a third from 2007. When you consider the average sales price, it represents a fairly hefty cash infusion.

If your own Highlands home will be on the market soon, I hope you will give me a call to discuss how we can create a strong presentation for local and international home buyers alike!