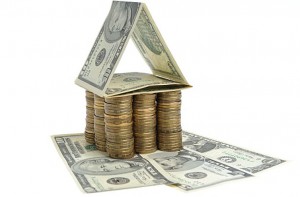 Something new is stirring in the ordinarily hidebound world of residential mortgage offerings: a new way of approaching the financing of home purchases. If successful, it might well shift the way some Highlands mortgage contracts are written.

The experiment is known as the “Wealth Building Home Loan,” and it addresses a home-ownership problem that has been talked about for a long time, with little being done to solve it. The issue in question is how to unburden new homeowners from spending years in a situation that bears more resemblance, financially, to renting than to owning— especially during the first 3 to 5 years. For low- and moderate-income mortgagees, that’s the difference between sinking into more debt and actually building wealth. After all, every dollar that goes toward interest is lost, while dollars that pay down principal are investments.

According to Edward Pinto, one of the authors of the WBHL, often during the opening years of a 30-year loan, “68% goes to pay interest.” In the new program, 77% of monthly payments go to pay off principal—with the result that in a short time, new homeowners have a much larger equity stake in their homes. And, it is hoped, a sizeable increase in pride of ownership: “a stake in the game.”

It sounds good, but you might be wondering how this could be possible. Is this just a ‘pie in the sky,’ feel-good idea that will never see daylight in the real world? Apparently not. The pilot program is being put into action by some serious players: the American Enterprise Institute (if that sounds like a conservative outfit, it is) and administered by the Neighborhood Assistance Corporation of America (if that sounds like a liberal outfit, ditto). And it’s being funded by Bank of America and Citi Mortgage—neither of which would be likely to bankroll some fly-by-night scheme.

The mechanics of this kind of mortgage work out like this. First, it’s based on a 15-year term, which of course speeds the rate at which equity builds; and second, it’s a mortgage that carries a very low interest rate. Something for nothing? Not quite: the concept is to

It boils down to an approach that could be a win-win. Borrowers (even those who suffered credit black marks during the economic downturn) could be newly eligible for a home loan, and because lenders pocket the interest rate buy-down amount, a proposition they might find acceptable.

Should Highlands mortgage applicants expect this deal to be available next week? Not likely: it’s in the pilot phase. But if it seems to work out, it could be a shot in the arm for homeowners who can manage a slightly higher monthly payment. If you would like to chat about today’s home loan availability (or any other current Highlands real estate doings), I hope you’ll give me a call!