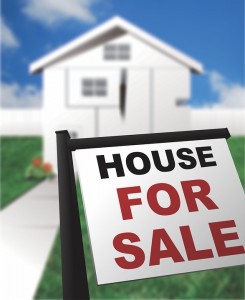 As we enter the spring selling season, it’s only natural to look for clues about what to expect for Highlands home sales. Normally, one of the principal barometers comes from the National Association of Realtors®. Their Pending Home Sales Index is a national compendium of hard data that can be useful for predicting home sales in Highlands. It is both “forward-looking” (an indicator of future activity) and part of a long-standing and continuous sample-gathering procedure.

When you take a wide sample of the same data for the better part of a decade (the PHSI has been recorded monthly for nine years now), you can chart the results, note when similar patterns repeat or diverge, and infer meaningful results. Further, when an acknowledged authority like NAR’s Chief Economist Dr. Lawrence Yun provides commentary in plain English that any Highlands homeowner can easily understand, the monthly published reports comprise perhaps the best basis there is to project how our own local market is likely to fare.

Last week’s release of the Pending Home Sales Index and commentary was every bit as authoritative as we have come to expect—backed up by the same rigorously collected data from across the country. As a tool for projecting how upcoming Highlands home sales are likely to fare, however, it’s fair to say its usefulness is…uh…less than usual.

It’s fair to say that because it is possible to read the entire 700-word document and emerge without a clue as to what you just read. It is, in a word, confusing. But in case it’s just me who is confused—and you are a typical Highlands homeowner who would appreciate information about how active our market is likely to be in the next few months—I think I should share a boiled-down version of the report’s key takeaways.

There follows an explanation about the first idea (home sales trending lower): it was partly to blame because of bad weather in January. A little later, there is a buoyant observation about the second idea (home sales trending higher): “Sales are now 11.0% higher than a year ago—the largest year-over-year gain since July 2013!” (exclamation point added by me, which seems appropriate, given that this is such good news).

More good news for Highlands homeowners readying to sell their homes dealt with prices: “Last month’s price increase was the largest since April and marks the 47th consecutive month of year-over-year gains!!” (I added the two exclamation points). This, however, was also miserable news: “Home prices ascending…aren’t healthy” because household incomes didn’t rise as fast. But good news would make that much less of a factor, because fixed-rate mortgage rates were really wonderful: “declining to 3.87%, the lowest since October 2015!!!” (exclamation points—oh, you know).

Because sales cooled down in January for the highest year-over-year gain in years, I think the report tells Highlands homeowners that they might well expect a hot-cold/falling-rising market! Or perhaps prudent homeowners should just forget about this report, get their homes ready to list, and call me…I promise not to share what’s in next month’s report!