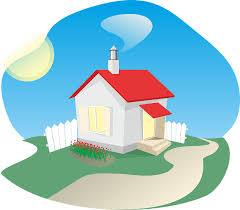 Even the least vigilant of Highlands’s market-watchers had their antennae out last week, the traditional time of month when real estate statistics are released from the most authoritative sources. National trends in home sales frequently provide clues to the direction the Highlands market is likely to take—and with the spring selling season already under way, this is the time of year when movements can be more volatile than usual.

Last week’s data was less exciting than has been the case in recent years—and what movement there was seemed to leave opinion-makers perplexed. The Associated Press writers put it this way:

When you are interested in clues to how home sales are likely to fare, words like “quandary” don’t help. It was in fact glass-half-full/glass-half-empty kind of news. You could see what you wanted to see.

If you were a pessimistic type, your predisposition might have been bolstered by The New York Times Headline, “Existing Home Sales Drop More Than Expected.” There it was! Confirmation of a downturn in activity. Though you could have admitted that the trend might not extend to every corner of the country, the possibility that Highlands home sales might now head south couldn’t be denied. The New York Times said so!

On the other hand, if you were among Highlands’s more numerous optimistic observers, reading the same news left you thinking that the very same headline was actually slightly misleading. It was based on the National Association of Realtors® report that talked about home sales prices continuing to rise. The “home sales drop” was only (as the headline actually read) against what had been “expected.” Sales levels had been sizzling for months, so expectations had been high (not among the pessimists, certainly). But the numbers showed that existing home sales were actually 2.2% higher than a year earlier!

Reading the entire NAR report could explain why The New York Times emerged with a quandary. In it, readers learned that U.S. job growth “continues to hum along at a robust pace” which could explain why “overall demand for buying is still solid entering the busy spring season.” But then they learned that “anxiety about the health of the economy is holding back a segment of would-be buyers.” On one hand, there was the 48th consecutive month of “steadfast price growth;” on the other, “unshakably low supply levels.” The share of first time home buyers fell 30%; yet the share of first time home buyers “is up 29% from a year ago.”

The Times’ quandary was certainly understandable. But although not much light may have been shed on the prognosis for home sales in Highlands, a couple of factors could have been deduced. In the coming months, home sales certainly won’t “be affected by the large East Coast blizzard” that had impacted February numbers.

What is likely to affect sales is the continuation of tantalizingly low 30-year, conventional fixed-rate mortgage rates, “the lowest since April 2015.” If that kind of encouragement has you interested in checking out the current crop of great Highlands home offerings, I hope you’ll forego the quandary altogether—just give me a call!