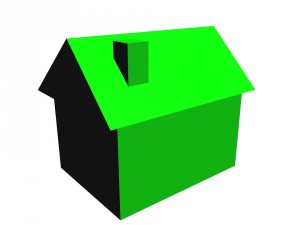 When you think about it, it was to be expected: the pace of house flipping activity in communities all over the country almost had to quicken. The market made it all but inevitable—in places where prices are on the rise while inventories remain tight, the conditions are right.

A “house flip” in Highlands is what you call any Highlands house that’s sold within a year of being purchased. House flipping happens when something unforeseen occurs that prompts a buyer to change residences more quickly than anticipated, or (much more often) when the purchase is made in the first place because the buyer sees an opportunity to make a profit.

House flipping became all the rage for a while during the housing bubble of the mid-2000s, hitting a peak in 2005. Half a dozen TV series were launched that popularized the adventures of itinerant flippers, tracing their footsteps as they acquired, fixed up, then sold properties for enticingly large premiums. The best of them depicted not simply the money to be made, but also the hard work (and occasional disappointment) that accompanied the house flipping phenomenon.

Then came the bursting of the ‘bubble’ and the consequential drop in enthusiasm for house flipping. RealtyTrac, the authority on U.S. housing data, also keeps tabs on the flipping statistics. This month they reported a new trend in action: an increase in the share of homes and condos flipped in 2015: 179,778, which is more than 1 in 20, and “the first annual increase in the share of homes flipped following four consecutive years of decreases.”

That total means that the total number of investors who completed at least one flip in 2015 was at the highest level since 2007. According to RealtyTrac, the homes flipped last year yielded a national average gross profit of $55,000: “the highest for flips nationally since 2005.” Moreover, they found that the return on investment was more than 45% (up from 35% in 2005).

For us locally, the question is what that might signify for Highlands real estate. On the one hand, there are those observers who tend to take the view that whenever house flipping takes off in earnest, it indicates that a real estate market is becoming overheated—that prices are rising too quickly. That is definitely something Highlands could do without. But a slightly more convincing reading was put forward earlier this month by commentator Diana Olick on CNBC. She found that, unlike many of the earlier house flipping participants, “data indicate that flippers in 2015 continued to operate within relatively conservative margins.” That means that they typically bought homes that were not wildly underpriced, then sold them at price points close to their estimated market values. They were also not usually buying with the perilously small financial cushions that typified earlier flippers. That had also been a hallmark in the mid-2000s, when the ready availability of cheap credit encouraged the practice. That’s no longer the case.

All in all, it seems as if the national house flipping trend is not at all reminiscent of previous overheated (and over-hyped) conditions. Instead, Highlands’s real estate market looks to be more welcoming to anyone who recognizes the sustained value of the house they are looking to buy or sell. I take a great deal of pride in helping them make it happen!