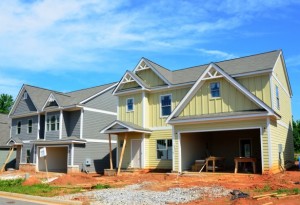 Several different surveys confirm that if you ask American consumers which they prefer, close to twice as many say they would choose to move into a brand new home rather than an existing one. But—and there are several important ‘buts’—when it comes to today’s typical Highlands house hunter, that answer can be a little misleading.

For one thing, house hunters who don’t even check out Highlands’s pre-owned house listings are few and far between. In actuality, when someone begins to think seriously about buying their next home, it’s highly unlikely they will be able to resist taking at least a cursory look at the Highlands listings. The previously-owned homes that are now for sale aren’t just easy to find—they’re manifestly hovering a single click away on every computer and mobile device. Given the current state of intelligent search engines—which seem to be watching us more closely than we are watching them—at the first inkling that we could be interested in finding a home, alluring Highlands listing pictures start popping up onscreen all by themselves!

That makes a difference because even if the majority of buyers might lean toward buying a new home with brand new construction, as soon as they start seeing the variety of existing homes, most people find at least some that are interesting. And previously owned residences certainly do have some intrinsic advantages, with their established communities, tree-lined older neighborhoods, and frequently, more interesting architectural detail. It’s also true that many new homes in Highlands tend to be built on smaller lots than the older ones—which touches on another central issue: the matter of cost.

Forbes claims that the acknowledged rule of thumb is that brand new homes often cost “up to 20% more than a similar existing home”—that is, one with the same number of rooms, square footage, acreage, etc. That having been said, there are the undeniable advantages that go with Highlands’s new homes. They meet today’s construction standards and design preferences, often with walk-in closets, open floor plans, and expansive master baths. Who wouldn’t favor a new kitchen outfitted with energy-saving built-in appliances, sparkling new bathrooms, brand new flooring and carpeting?

For many, a new home that holds the promise of no visits from the repairman for at least a few years makes for a low-stress situation that’s worth the budget premium. And even that tradeoff can prove less costly than it might seem, given the prospect of reduced maintenance outlays for a number of years.

Like so many other aspects of buying a home, the choice between one acquired from a previous owner or a new home winds up being strictly a matter of personal preference—and it’s also a fact that those can change in surprising ways once you get out and explore today’s offerings in person. Best way to get started: call me!