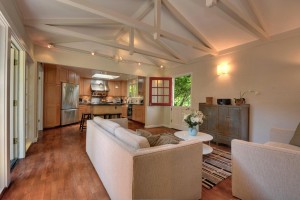 Suppose you had done everything right: interviewed several Highlands real estate agents and compared what they told you; prepped your property to near-perfection before the professional photographer’s arrival; confirmed all the descriptive details before they appeared in the Highlands listings…yet six months later, the place still hadn’t sold.

Your agent had done a reasonable job, it seemed—yet the results were disappointing. Not nearly enough showings for one thing. And even though the marketing materials seemed sufficient, the response had been, in the end, weak. What do you do now?

There are several guidelines to follow that will increase the likelihood of a timely sale. Of them, two are absolute musts. One of them is well known­­—mentioned in every credible source of residential real estate knowledge. The other is seldom mentioned.

That first one is the obvious, universally-recognized action item: double-check your asking price! If that amount is out of line, almost anything else you can do is likely to be wasted effort. If you require any future buyer to fall in love with your home to the extent that they will ignore better values that are on display elsewhere in the Highlands listings, you are probably living in, as the English like to say, “cloud cuckoo land.” The wished-for result could happen—but it’s probably not going to happen to you.

The rock-solid evidence points in only one direction: people who seriously comb the Highlands listings are planning to spend a large sum—so they will be noting and comparing prices. If your proposed number is far out of whack, they’re unlikely to waste a lot of time investigating the details. If they show up at all, it’s very likely to be out of curiosity (“what in the world are these people thinking?”). The agents who bring them, will probably have warned their clients about the asking price. This is not how to sell your house.

The second guideline is equally important, but seldom mentioned. It is to continue to use common sense. Do not, in other words, take leave of your senses. Don’t dummy-up all of a sudden. Do not abandon everything you ever learned about doing any kind of business.

The reason that this important guideline is seldom mentioned is because you would not think it’s necessary to put it into words. That’s not always the case when your home has not sold, because of what happens next. After a listing in the Highlands MLS has expired, a homeowner is likely to receive multiple solicitation letters that GUARANTEE that the sender’s company will be able to sell the property! They might as well write, “Take Leave of Your Senses! Sign here!”

The reason that such solicitation promises exist is the frustration level their authors impute to the recipient homeowners. That, plus the fact that they can actually promise to sell the property…but there’s a catch. It’s associated with the first guideline. Yes, they can sell anyone’s house…for an asking price that’s well below its market value. (So could anyone else). But that’s not what any homeowner, frustrated or not, is looking for when they list with a Highlands agent.

The cool, collected way to proceed is to decide whether the asking price is in line with the Highlands competition—then seek an agent who will bring new energy and integrity into play. This should definitely not be someone who guarantees anything that common sense tells you cannot be guaranteed. Or whose introduction is misleading.

If you find yourself in the process of re-evaluating your home’s selling strategy, I hope you’ll consider giving me a call to discuss a new, more promising plan of attack!