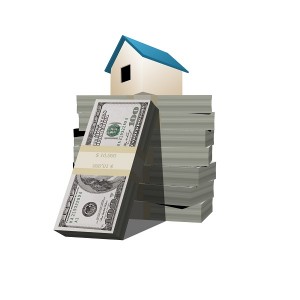 Looked at from one perspective, there has been a “bailout” of enormous magnitude. Okay—maybe you have to expand the meaning of “bailout” just a bit, but if you do, many Sapphire homeowners can be counted among the most prominent beneficiaries. We Sapphire real estate agents wouldn’t be complaining, either. As bailouts go, it’s the least controversial in a long time—probably because there are no politicians involved (so they aren’t quarreling about who’s responsible for what).

The colloquial term “bailout” has become a household word of late. “Bailout” comes from a straightforward nautical solution for a sinking ship: grab a bucket and bail as fast as you can. The odds of success increase if you can also stop more water from pouring in. Wikipedia’s definition is “providing financial support to a company or country which faces serious financial difficulty.”

It’s no exaggeration to say that after the last decade’s financial meltdown had driven residential real estate prices into the basement, many Sapphire homeowners faced, if not actual “financial difficulty,” at least the threat that it might be on the way. If the amount outstanding on their mortgage was greater than their home’s market value, they were said to be “upside down.” Since bailing and buckets don’t have much effect on a boat that’s upside down, perhaps that’s why another term gained prominence.

The coincidence of maritime imagery couldn’t be more apt. During the underwater days, if you were a Sapphire homeowner wanting to sell or refinance, more likely than not the outcome left you feeling swamped. The banks were inundated with foreclosed properties. The market was flooded with bank auctions. Property values sank…

But finally, rays of sunshine broke through the storm clouds. The floodwaters receded, etc. etc. etc., until today, when CoreLogic has just come up with some buoyant metrics about the current unambiguous state of the nationwide turnaround. A huge amount of equity has returned to the residential real estate market. The increase in homeowner equity in owner-occupied homes is now $6 trillion since mid-2011—$1.3 trillion in the last 12 months alone!

If that is a type of bailout, it’s one accomplished through the free market, powered by consumers reversing the previous distortion. CoreLogic’s figures include the good news that 92% of homeowners no longer bear the burden of being “underwater.” A relatively short while ago, among those who didn’t own their homes outright, that designation tainted nearly a quarter of the nation’s homeowners.

For several years now, the return of high and dry Sapphire homeowner equity has meant a more stable and blessedly predictable marketplace. Right now, some excellent property offerings—not to mention historically low mortgage interest rates—make this a propitious moment to call me to take a look at all that’s available!