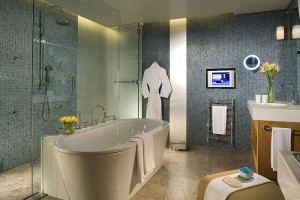 Built into the way a Highlands home changes ownership is the institution of the appraisal report—the document which attempts to place a dollar value on the property in question. That word “attempts” is the key when it comes to appraisals. Although it would make life easier if Highlands appraisals consisted of completely objective, scientifically verifiable calculations, in the real world, they can’t be.

Highlands appraisals are created by locating comparable properties that have sold recently on the open market, then adjusting that dollar amount to reflect the differences between them. That’s where perfect objectivity becomes…um…subject to interpretation.

This is the reason why adjustments need to be made—and why the skill of the appraiser is so important. (I’m tempted to say that’s why appraisers get the big bucks; but in fact, our Highlands appraisers’ fees are actually quite reasonable). Details on how they go about finding fair value for those adjustments is the subject of a recently revived investigation done by CoreLogic’s Jon Wierks. For anyone who finds themselves relying on local appraisals to validate an asking price (or the home loan that will allow a sale to close), the report makes for interesting reading.

The focus of the piece was to elaborate on which adjustments are most influential in creating appraisals. By analyzing more than a million sample appraisals made between 2012 and 2015, the study determined which features had the greatest impact on the resulting evaluations. They disregarded any feature that didn’t appear on at least 10% of the reports—and came up with the most important features. If this were the Oscars, we’d now say, “the envelope, please”:

Runner-up: ROOMS (that is, the number of bedrooms and bathrooms).

Greatest value adjustment: QUALITY RATING (the average adjustment came in at a not inconsiderable $15,000!).

These findings underline truly how important the skill and experience of the appraiser turns out to be, since the greatest dollar amount impact depends on the more subjective criteria. That’s even before taking into account that three free-form factors appeared in more than 10% of the appraisals. These miscellaneous factors, given the mysterious names “Other1, Other2, and Other3,” reinforce how unclassifiable are the differences between most properties and their closest comparable neighbors.

When it comes to Highlands real estate, I aid in every aspect of the process. I hope you’ll think of me (and definitely give me a call!) when the time to buy or sell approaches.