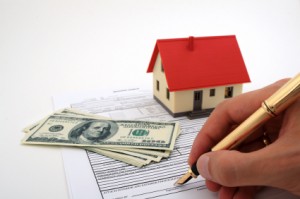 For Highlands first home buyers who are of a certain age (for the moment let’s call that 40+ or so), the prospect of making such a prodigious commitment should be less intimidating than for the younger set.

You have been around for long enough to have seen the ups and downs of the economic cycles; most likely have had a number of different jobs with good and bad employers; may even have entered into the entrepreneurial arena yourself. You’ve also observed friends, relatives and colleagues who as they acquired their Highlands first homes, and have seen how they have fared as they enjoyed the benefits of homeownership and weathered the accompanying responsibilities. You know from observation that it doesn’t take spectacular luck or extraordinary business acumen to buy and own your first home—you’ve watched lots of regular people doing it all the time.

If you are part of the younger set, you may intuit the same thing—but haven’t yet seen it play out with your own eyes. Homeownership involves some dauntingly high numbers, after all. Add to that the current general sense of unpredictability about the world economy (who knows what’s going on in China?); the domestic business environment, jobs outlook, political scene (It’s an election year! An election year!)—maybe this is just the wrong time to make long term commitments…

If you belong to the more youthful group, there are some reassuring truths to make the first home buying plunge less worrisome. For one thing, if you’ve sometime sensed that the future is always unpredictable, you got that one right. When the economy is bright and looking brighter, those who have lived through the economic cycles are apt to be more skeptical than ever. It’s actually at the bottom of the economic cycle when the best buys are most likely to appear (though it’s never completely clear when that is!).

One thing that is completely reliable is the amount of money that Highlands mortgage lenders are contracting to charge you every month (that is, if you play it safe and stick to a non-adjustable home loan). And right now, interest rates are still almost unbelievably low. Historically speaking, this is an unusually advantageous time to be joining the ranks of Highlands first time home buyers. In an unpredictable world, that’s an attractive situation.

What every Highlands first home buyers should ask themselves before proceeding any further is how long they plan to live in their next home, and how much can they afford to pay each month. If the answer to the first question is one or two years (or “I don’t know”)—it’s almost certainly a better idea to keep renting for a while. Otherwise, take a look at your monthly budget (if you don’t have one, get out a pencil and paper and commit to one)—and come up with the number. After that’s done, you’re already on your way to getting serious about owning your first home. Then give me a call to see what the current town market has to offer.

Before long, you might be walking through the doorway of your first Highlands home!