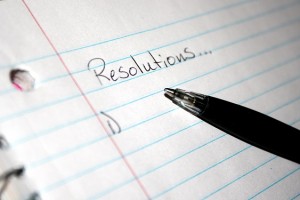 It’s hard to even think about New Year’s without the word ‘resolutions’ popping into your head—not to mention that it’s nearly impossible to go to any kind of Highlands New Year’s Eve get-together without the topic coming up. In the realms of diet and exercise, New Year’s resolutions are highly relevant, and the pledges made on their account are the most likely to be followed religiously (at least until the Super Bowl parties put an end to them).

You might think that the field of real estate (even Highlands real estate) would be unlikely to inspire any resolute oaths for the coming year, but that proves to be an incorrect assumption. A quick survey of real estate new year’s resolutions yields any number of lists of recommended pledges. There are 6 of them at the Bankrate mortgage site; another 5 at AOL; and a whopping 10 at both the Realtor® and Houselogic websites!

Whether or not you feel duty-bound to put any of these pledges into your own personal action queue on January 1 is up to you­­—but these are among those that are repeated most often: