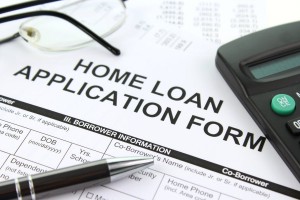 When you are close to buying a new home in Sapphire, one news item that definitely becomes more interesting than usual is the status of current mortgage interest rates. All those little ads on the side of the screen that blink at you with Mortgage Interest Rate Alert! and Lock Lowest Home Interest Rate NOW! that you are accustomed to ignoring may also suddenly rate a second look—although you quickly learn that the promised Sapphire mortgage interest rate won’t be revealed unless you surrender a lot of personal info to the advertiser.

If you decide to avoid blabbing your email address to the internet (certain to put you onto yet another advertiser’s database), you probably do what I do—which is to check the legitimate news sources for their mortgage interest rate commentaries. When you do that, it’s reassuring when you find words and phrases like widely expected and as predicted (or even minor correction or following recent trends). When you are not quite ready to apply for your own mortgage, sudden interest rate lurches make budget projections less reliable.

So you would have expected it to have been reassuring when last week, as predicted, the Fed raised its Fed funds rate—the basic interest rate banks pay—by just a teense: a quarter of a point. Pretty much as had been widely expected. That may be an understatement; such a move had been thought imminent by many experts for years.

But last week’s Fed action didn’t quite follow through on the as predicted and widely expected fronts. Instead, we got words like ‘paradoxical’ (Mortgage News Daily); ‘fear mongering’ (CNN Money); ‘volatile’ (themortgagereports).

The good news for potential mortgage applicants was that the disarray the commentaries were describing had nothing to do with what homebuyers were likely to encounter. Instead, it described the problem the commentators were having explaining what the initial fed funds hike had caused: a slight fall in mortgage interest rates!

“Lenders easing up on home loans” and “Fed hike no biggie for mortgages” were stories from CNBC—and they were typical. “Mortgage Rates Slightly Lower Ahead of Holiday Week” was what Mortgage News Daily had found to be the paradoxical descent—eventually deciding it could be explained at the bond market level (traders had erred on the side of caution before the Fed’s announcement).

By Friday, loan originators were unanimous in suggesting that ‘today may be a good day to lock’ (but then again, to loan originators ‘today’ is always a good day to give them business). There was an underlying theme to most of the commentaries: expect a bounce in mortgage loan rates before too long. Probably, but not certainly—especially if you kept in mind Motley Fool’s “3 Predictions That Were Totally Wrong in 2015.” In addition to the Fed Funds rate and Treasury Note miscues, there was one we all would have shared: a barrel of crude oil ended the week priced at $40…about half of what the experts projected last January.

One fact that doesn’t involve any guesswork: by historical standards, today’s Sapphire mortgage interest rates remain in the ‘very low’ range. That means it’s still a good time for buyers and seller to give me a call!