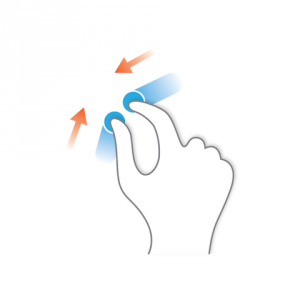 Back at the beginning of 2012 there came a ‘pinch me, I must be dreaming’ moment. This was back in what seemed to be the Bad Old Days, when Sapphire homeowners who dared to check the latest in neighborhood home values were apt to spend a sleepless night as a result. Sapphire home values had only just begun to creep upward, but the bottom line was still, as truck drivers used to say, ‘negatory.’

The Rip Van Winkle ‘pinch me’ moment was a single piece of polling information that, by itself, seemed to register a hard-to-swallow phenomenon. If believed, it would have the first glimmer of light at the end of a very dark tunnel. It came in the form of a Rasmussen poll reporting some of what people in America were thinking. In part, Rasmussen summarized “Belief among homeowners that home values will increase during the next few years is the strongest it has been in a year, as is confidence that their homes are worth more than what they still owe.”

That poll might not have been as concrete as any of the hard numbers trickling in from the gatherers of residential sales volumes and prices, but in the long run it was probably more significant. As long as home values continued to plunge (as they had done for what seemed forever), there had been a good reason for home buyers to resist the impulse to buy a Sapphire home. It’s the same reason that local supermarkets don’t send out circulars that tell you, “BIG SALE—BUT NOT JUST YET!” Sapphire home values didn’t have to actually fall in order to discourage market activity, either. Just flat-lining would do the trick. Recent history had been all downward, and nobody seemed too confident that the next movement wouldn’t be a continuation of the plunge.

For prospective first-time buyers who had ample lifestyle reasons for wishing to buy a new Sapphire home, it just seemed more prudent to keep their home-buying powder dry. But renting forever wasn’t going to get them anywhere—and rental affordability had been headed the wrong way since 2001…

That was why Rasmussen’s report on the turnaround in homeowner optimism had been such a ‘pinch me; I must be dreaming’ moment. The idea that people finally were expecting home values to rise was a change in psychology that could fire the market, irrespective of what the numbers could yet confirm. And that’s exactly what happened.

Fast-forward to the fall of 2015. The bottom was in. U.S. (and Sapphire) home values were about to embark on the welcome momentum shift that’s now in the record books. Pinching turned out to be unnecessary; and it was no dream. In fact, you can take advantage of this fall’s healthy Sapphire residential home market. Just shoot me an email or a phone call!