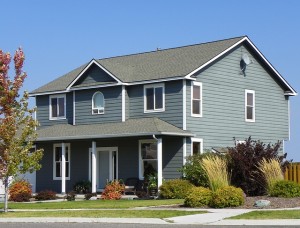 At the beginning of any month, Sapphire onlookers can find batches of fresh reports about national real estate market activity. Take October, for instance. We’ve just learned a bunch about what happened across the country. September’s numbers won’t be collected and analyzed for a while, but the fresh real estate market data for August is out, as well as July revisions. Since earlier findings are always being tinkered with as estimates are replaced with hard results, we also get improved readings from the earlier month.

This latest batch of real estate market news was upbeat, downbeat, and, uh…sideways. Thursday was the first day in October, which was when CNN Money came out with some good old-fashioned cheerleading. “Americans went shopping for homes in August,” they headlined. The reason cited was for new home sales: they notched the highest volume since early in 2008: 552,000. It was a nice way to get the month’s data reports started.

Home prices, on the other hand, were not yet available for the August timeframe—but July’s Case-Shiller Home Price Index had pointed upward. It showed a 4.7% rise in prices paid for homes from a year earlier. This made for “moderate, but still above average, price appreciation,” according to Realtor.com’s chief economist. The prices were seen to have edged up just 0.7% from June, which was “barely higher” yet “much higher than last year.” If that summary had been illustrated, it would have merited both a frowny face and a smiley face.

There were other preliminary soundings about what the August price information was likely to be, and they were just as equivocal.

The National Association of Realtors® tracks pending home sales data (homes under contract but not yet closed), and by that measure, there was a slight retreat from July’s level. Yet although the preliminary number showed a 1.4% drop, that was still more than 6% higher than August 2014’s had been. Which was more compelling? Altogether, the news for sellers was deemed to be stronger. “Demand continues to outpace supply,” according to the NAR. “Shed no tears for sellers.”

If that sentiment is shared by Sapphire homeowners, it might nudge some into listing their home now rather than waiting for the next truly robust real estate market—traditionally not expected until next spring. Although fall and winter usually find fewer buyers on the prowl for new digs, those who do surface are generally regarded as serious shoppers. And since the number of Sapphire listings usually declines as the holidays approach, there’s a good argument to be made that less competition tilts in favor of sellers.

We have to wait until next month to get a read on how September activity fared; but for anyone who sees the advantages this fall’s Sapphire real estate market offers, I share your opinion! It’s definitely worth giving me a call.