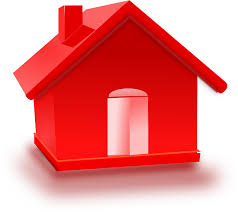 Last week was a head-swiveling version of a follow-the-dots puzzle for those who keep tabs national news related to on Highlands real estate. Children like following the numbered dots to reveal a picture. You can’t be sure what it will turn out to look like until the end. The week was a lot like that:

Monday led off with the release of housing-builder sentiment: its best reading in 10 years! It was given credit for reversing an early-day 100+ point stock market drop. When the Dow closed up 68 points for the day, real estate performance got the kudos.

Monday’s dot connected to the next one, which appeared as USA Today’s early Tuesday dispatch pointing out that the previous day’s market rescue was hardly a flash in the pan. The Money section’s lead story, “Housing Provides Much-Needed Lift to Wall Street” drew a broader picture. In a ho-hum year for the broader stock market, housing-related stocks were uniformly “among the best-performing shares.” The S&P 500 may have been up less than 2% for the year, but homebuilders’ shares were up 13%; home-improvement retailers, 11.1%; home furnishings stocks, a blistering 26.1%! The reason was “the power of the resurgent real estate market to generate positive action in the stock market.”

Then, on Wednesday, CoreLogic provided the next dot with its release of the August MarketPulse roundup, pointing to a 6.5% increase in its national home price index. This was the logical next dot—one that was hardly unexpected. The predicted continuation of price increases was again explained by lean inventories, continuing low mortgage rates, and consumer confidence rated “the most optimistic in eight years.”

Thursday’s dots had been anticipated, too: the morning announcement of July existing-home sales marked the 41st consecutive month of year-over-year price gains. Volume was up, too, as sales topped an annual level of 5.5 million for the first time since early 2007. TheStreet took that as “just the latest confirmation that the housing nightmare is mostly over.”

By Friday, the last dots appeared in calm contrast to the frenetic news from Wall Street, which completed its worst week in five years. Even the real estate industry stocks which had rescued the day on Monday couldn’t buck the outrushing tide of equity losses. But the last dot for Highlands real estate watchers was found in the analysts’ post mortems after the market’s close, as speculation increased that the carnage on Wall Street might well be sufficient to nudge Federal Reserve decision makers away from raising interest rates in September. Real estate trackers were able to put their pencils down and relax for the weekend.

So, what was the picture the follow-the-dots puzzle revealed? The real estate industry dots seemed to trace a simple circle…with a curved line near the bottom that looked a lot like a smile.

Whether or not this fall’s Highlands real estate offerings continue to benefit from historically low mortgage interest rates (they dropped again last week!), there are definitely great opportunities for buyers and sellers. Give me a call whenever you feel the time is right to take advantage of today’s market!