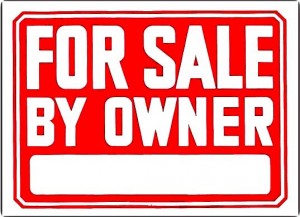 If you will be selling your house this fall, an early decision will be whether to team with a Highlands Realtor® or go the “For Sale by Owner” route. One thing to consider is messaging.

“Messaging” is one of those words that Highlands homeowners began to hear a lot after Madison Avenue decided to verbize the noun ‘message.’ I know verbize isn’t a real word, but to me, messaging convolutes English in pretty much the same way.

Nonetheless, since it’s now mainstream to be messaging this and messaging that, whether you’re leaning toward planting a For Sale by Owner sign in the front yard or recruiting a Highlands Realtor, you should be considering the messaging. Once you know that, you can message like crazy, confident that you’re not sending any wrong signals.

Most of the messaging will certainly be about how terrific it would be to live in the house. The subtexts might be that it’s a fantastic place that’s well worth the price asked; that any owner would be proud to invite friends and relatives over; that it’s clearly a leading contender among other Highlands homes in its price range.

With messaging in place, your Realtor can create a complete professional listing, then set the ‘For Sale’ sign in the front yard. For those who would rather go it alone, they can figure out how to pay for the listing they create themselves, then plant a ‘For Sale by Owner’ sign out front.

But that could be where the messaging goes a little haywire.

Yes, a For Sale by Owner sign on a Highlands home announce to the world that the house is For Sale—and that is excellent, unambiguous messaging. But the by Owner part will, for some, carry some additional messaging that’s not quite as positive. Think for a moment about the impression you get whenever you see a house with that sign out front (a nicely printed one…the ones scrawled by hand on poster board don’t even count). Chances are, you are like everyone else: you assume you know something extra about the seller.

The messaging is, at best, This house is for sale by someone who is up front about not wanting to pay for a professional to sell it.

The other messaging takeaways can be less helpful:

Professionals haven’t been able to sell this house for the price you’ll be finding out about soon enough is one possibility.

Here is a bargain, sort of like a yard sale—want to pick over what’s here? Or:
This house is going to be cheaper than a real house. Or:
Nobody who is professional will be involved in any way. Or:
If you’d like to get into a personal bargaining situation with someone who considers himself a shrewd negotiator, here’s your chance!

That kind of For Sale by Owner messaging differs greatly from:

This house is professionally represented—the unambiguous messaging all my “FOR SALE” signs send. You’ve probably seen them around Highlands (often with a ‘SOLD’ placard attached). They’ve got my phone number on them, but you don’t have to drive around to find it, since it’s right here on the website. You can call me right now!