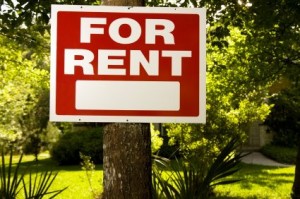 For an increasing number of Highlands residents, what used to be a slam dunk assumption—that owning your home is preferable to opting for a Highlands rental home—is no longer so self-evident. The powerful reasons for owning are still there: ownership still means that you are building equity over time; it still means you are free from a landlord’s control; and it still means you have the psychological benefits of being the possessor of the place where you live, and the standing in the community that accrues to the permanence that implies.

Those are powerful inducements to forego a rental home in favor of ownership, for sure—yet according to the numbers, the number of Americans who own their homes has been declining since the advent of the housing crisis (at the moment, fewer than 2/3 of households now own their homes).

You might assume that the reasons for the increase in popularity for rental homes are simply financial, and to some extent, that’s the case. The economy, while improving, is doing so painfully slowly, wages are not rising as has been the norm in prior recoveries, and mortgage loans, while still at attractively low interest rates, can still be difficult for some Highlands borrowers to obtain.

Yet those dollars-and-cents arguments don’t paint the whole picture. Some of the reason why rental homes in Highlands are being chosen are due to changes in American lifestyles. Forbes contributor Beth Braverman offered some insights in last week’s article entitled “When Renting is More Expensive, But It’s Still the Right Move.”

Her first reason is not a new one: rental homes offer more flexibility. What is new is how Americans—particularly the group we call Millennials—increasingly value that freedom. Some of that has to do with the difficult labor market—and the premium breadwinners are placing on being able to ‘go where the work is.’

Next reason had to do with the relative illiquidity of the asset value a home represents. This looks like the first cousin to Reason #1: for someone who needs to move for professional reasons, being able to just pick up and move from a Highlands rental home can de-complicate the situation. For those who are reasonably sure they will be in town for long enough to offset the costs of acquiring and selling a home, the financial benefits may outweigh this one.

Last reason given was, “You’re not financially ready”—which is certainly the most longstanding one of all. Even if a current rental home occupant qualifies for one of the new programs (some can make the down payment as minute as 3%), it’s still possible that the ‘all in’ costs will strain resources. You have to agree with Braverman that in those circumstances, it’s probably best to build up savings, even if it means remaining in a rental home for an extra year or two.

All in all, any increase in the popularity of Highlands rental homes is good news for area investors who are (or soon will be) landlords. It’s also a great reason to give me a call this summer!