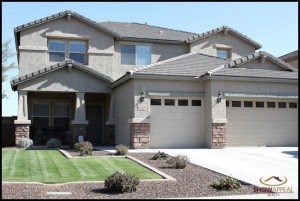 Suppose you are a Sapphire homeowner who intends to move to a different home eventually, but for the moment, you aren’t under any particular deadline pressure that would dictate when you have to put your home on the market. In that case, you’re likely to keep tabs on overall market conditions, awaiting what looks like circumstances favor those with homes for sale.

Twice a year, the National Association of Realtors® issues their economists’ midyear forecast—it appeared last week. For those with homes for sale in Sapphire (or anyone thinking about adding theirs to the homes already for sale), the outlook was heartening.

The forecast was for the greater U.S. economy to improve, bouncing back from the weather-blasted winter stall which made the first quarter a disappointment. Subsequently, consumer spending opened up, causing expectation that the GDP would rise in the remainder of the year. Overall, the forecast for 2015 was positive, though lukewarm. As a whole, the year promises to be “not bad but not great.”

On the other hand, focusing narrowly on the outlook for U.S. housing market activity—homes for sale—the upside momentum was already decidedly more in evidence. The prospects for any single one of the Sapphire homes for sale depend upon a combination of factors, but if national activity is any reflection, the latest numbers packed what you could call a “6-7-8-9 punch”:

Examining the demographics behind the figures, it was clear that, for the first time in quite a while, first-time buyers are back. Last year during the same period, only 27% of buyers were first-timers. They now make up a more normal 32%. As prices brought by homes for sale continued to rebound, institutional investors were disappearing from the scene, creating a more typical mix of buyers.

A major part of the reason why homes for sale were fetching “stronger than normal home price growth” had to do with a shortage of inventory—ascribed to the volume of new homes being built (or not being built). The rule of thumb is generally for about 1.5 million new homes to be constructed per year, a mark that’s failed to be realized for a number of years. In 2009, only 550,000 home were built—and the total had barely reached a million through last year. But now, with optimism among homebuilders at newly robust levels, it’s expected that normal output will have fully resumed by 2017.

The other major factor boosting sale prices was the specter of mortgage rate increases. Rising mortgage rates “initially rush buyers to decide”—just the kind of sign that could tip the scales for a homeowner who’s been waiting to add their property to the homes for sale in Sapphire. Should you decide that this summer is shaping up to have just the conditions you’ve been waiting for, I hope you’ll give me a call for a no-obligation consultation!