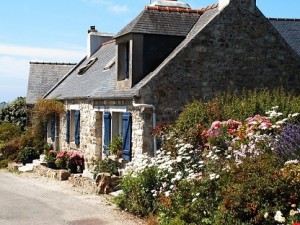 Putting together a Sapphire listing is serious business. It has to be brief, to-the-point, and at the same time, engaging. The photos and language of a Sapphire listing is the tip of the marketing spear: if it’s dull, and just a repetition of the specifics that are enumerated in the columns of numbers that follow, it’s less likely to get more than a glance from potential buyers.

At the same time, every Sapphire listing has to be fastidiously accurate. If it exaggerates or mischaracterizes a property’s features, it will waste time and effort by creating traffic from prospects who were never going to be interested in the first place. They’ll be rightly annoyed. A well-crafted listing for a Sapphire home will highlight the distinctive features that make it stand out from the crowd. It will attract qualified buyers who will want to investigate further.

As a matter of course, we in the real estate profession check out lots of listings from many other areas. It’s part of the job, keeping abreast of what is new elsewhere—comparing how others in other areas meet the challenges of language and imagery. Of course, after years of experience, you encounter few surprises.

But last week there was news of a listing unlike any other. I’m not sure that the details and language are going to be useful for describing many Sapphire properties, since this detailed a foreign estate (on the Côte d’Azur) being put on the market by “a talented artist and musician.” The asking price is $33+ million, so it’s also a bit pricey for most buyers. But as an attention-getter, this listing ranks right up there at the top.

First off, the talented artist and musician is Johnny Depp, whose comings and goings generate headlines at all times. The listing language, in fact, is most precisely quoted by the Australian Domain real estate site—rather than a French source. The Australian public has been keeping track of Depp because of his continuing brush with authorities there over alleged dog-smuggling activities (his Yorkies, Pistol and Boo, are now safely out of the country). Domain tells us that the estate consists of “more than a dozen buildings, including a main house, several guest cottages, a chapel, a bar & restaurant, a workshop/garage, a staff house and much more.”

Students of listing lingo might decide that this descriptor belongs in the ‘subtly understated’ category, particularly when the “much more” is teased out: the estate, it turns out, is actually a small Provençal village. More than a decade ago, Depp bought an entire early-19th-century village. It may have been a bit run down—but it did include its own church (the actor turned it into a guest cottage, with the confessional becoming a wardrobe). Depp took on the project as a sort of extreme DIY project. The restaurant became his dining room. He brought in a covered wagon for another guesthouse (it’s unclear how that worked out).

Not every Sapphire listing rates being quoted in a feature story in The Wall Street Journal, but this one surely did. “A wine cave in the main house has a Pirates of the Caribbean motif,” according to the Journal (as one reader commented, “Go get’m Sparrow!”).

You don’t have to have a French village, though, if you are thinking of adding your own estate to this summer’s Sapphire listings. Just give me a call!