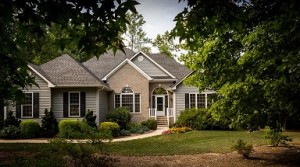 A few weeks ago, an eye-catching article surfaced on the Investopedia web site—one with the arresting title of “When is the Right Time to Buy a Home?” I have always assumed that for prospective Highlands home buyer, the answer to that question varies by the individual circumstances. But if there is a more cut-and-dried universal answer, it would certainly be good to know it. Definitely worth reading.

Despite its name, Investopedia is not an encyclopedic history of investing. Its own history is interesting, though—it started in Canada, was acquired by Forbes, then sold a short while later to ValueClick for $42,000,000 (talk about good investments)!

The article that was to supply the answer to “When is the Right Time to Buy a Home?” did turn out to have the right answer, though it’s a little less definitive that you would hope—prospective Highlands home buyers don’t get the simple “NOW” or “LATER,” which would be most useful. However, before the final answer is presented, scattered between the many ads and other clickbait that apparently pay for Investopedia are some interesting current facts and observations, and several cop-outs.

When it comes to the big question, “When is the Right Time to Buy a Home?” by halfway through the article, it’s looking a bit more like “now” than “later.” It cites The National Association of Home Builders’ Housing Opportunity Index, which now finds that nationally, the majority of homes are affordable for families earning a median income of $63,900. True, most Highlands families don’t earn exactly $63,900, but still, it’s good to know. Reading on, we learn that this level of affordability has been better in the past, and might be better later “unless mortgage rates move higher in the future.” Since elsewhere on the site we find that “the consensus is that interest rates will rise,” it doesn’t take Sherlock Holmes to deduce where “When is the Right Time to Buy a Home?” is leading.

Or so you might assume, before the article quotes a saying on Wall Street: Don’t try to time the market, which Investopedia advises also applies to real estate. Oddly enough, it also says, “If you’re looking for an edge, interest rates are near historic lows so now appears to be a better time than most for purchasing a home.”

That’s a pretty strong hint, but the answer isn’t spelled out. Yet. There follow some bits of good advice (hire an inspector prior to purchasing a home; don’t buy a car while your credit is being checked; inquire about taxes) before we get to the ultimate heading, “THE BOTTOM LINE.” It took a while, but here is the advice Highlands readers would have been looking for all along, bottom-linewise.

Investopedia’s answer for “When is the Right Time to Buy a Home?” is a lot more sensible than most: “When you can afford it.”

I couldn’t agree more. Even if all the other factors weren’t as positive as they are today, being able to make a good fit financially is at the top of the list.

If now is that time for you—or if it’s time for you to put your own Highlands home on the market—it’s also a good time to give me a call!