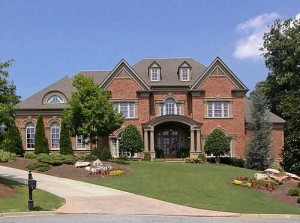 Inside Mortgage Finance is a periodical that precisely lives up to its name: Highlands residential real estate professionals can turn to it for the latest word on national trends inside the mortgage industry. Admittedly, this usually makes for pretty dull reading for outsiders (that is, everyone else); but one story in last week’s edition was interesting enough that it was picked up by the general business press.

The topic was jumbo loans. In Highlands real estate circles, the issuing of jumbo loans is of particular interest because of their indicator status. Jumbos are the ones with mortgage amounts exceeding the limits for government-backed loans. They’re also known as ‘nonconforming’—and like all the other non-conformists in life, they don’t quite behave like everyone else. Highlands jumbo loans tend to be slightly harder to qualify for than run-of-the-mill mortgages, and as a rule carry higher interest rates. If their share of the home loan market grows, it indicates that high-end home sales are improving.

And that’s what happened in the U.S. in 2014, according to IMF. “Jumbo Lending Stronger than Overall Market, Hits Highest Share in 10 Years” was the headline in a report that pegged fourth quarter jumbo loan volume at $67,000,000,000. That’s a lot of high-end real estate!

When The Wall Street Journal picked up the story, they pointed to a decrease in mortgage lending overall, but pointedly less so for jumbo loans. Bank of America reported a 3% growth in the number of first-time home buyers who took out jumbos in 2014—and applicants were a younger bunch, too: their average age decreased from 46 years to 44. Wells Fargo Home Mortgage, the largest jumbo provider, observed a similar trend: more first-timers taking out jumbo loans.

If this has local real estate watchers wondering whether the popularity of jumbo loans in Highlands will follow the national trend (and if so, why), there was at least one straightforward explanation. HSH, the housing and mortgage data firm, reported that by the end of this January, the average interest rate for a 30-year fixed jumbo mortgage “dropped below 4% and was at a historic low of 3.92%….” With rates like those, the WSJ wrote, “Low interest rates are spurring more older affluent Americans to consider a mortgage.”

You don’t have to be in the jumbo market to seize the financial advantages this winter’s favorable real estate climate offers. Just call me!