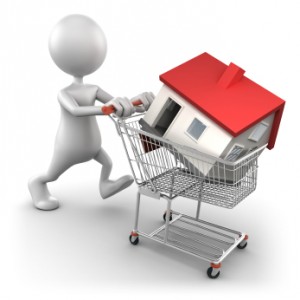 It can feel a little like a trip to the shore in springtime, before the summer sun has warmed the water. The water might be okay—but it also might be bone-chilling! Most Highlands residents will choose caution, and stick their toe in, first…

Deciding whether to buy a house when you have been renting for a while means taking a much more significant plunge. And there’s no way to test the waters, either: you’re either going to buy a Highlands house or, you aren’t. It’s in or out. And it’s also a deeply personal decision.

Momentum can be a deciding factor. Many people defer buying a home because it comprises such a major change. Especially if they are satisfied with their current rental—and even more if buying a house would make them homeowners for the first time —it would seem to require a major event to get them motivated.

There actually has been something like a major event, but it’s a slow-moving one that doesn’t rate banner headlines in the newspapers. It’s not an earthquake, or fire, or outbreak of war or pestilence. It’s simply a finding by the Federal Reserve. They published it in their triennial Survey of Consumer Finances. It states:

It’s a simple fact that homeowner equity is a substantial component of homeowner wealth. And you can’t build equity without…well, buying a house!

Many thoughtful would-be Highlands homeowners have hesitated during the last few years as the logical result of the tumble of residential real estate. If you didn’t have to sell your home, that part of the financial turmoil may have caused scare headlines, but was an otherwise abstract event. But if you had to move and sell, it could have been painfully real (unless you immediately bought another house at an equally depressed price level).

The real estate recovery that is still under way is a less jarring, slow-moving event—much less of a headline-maker. But the financial reality the Fed points to is surprisingly relevant. It was conducted in 2013, after the housing industry meltdown. Homeowner wealth registered a full 36 times the net worth of renters. Evidently, the financial wisdom of buying a house seems to remain a constant, no matter what!

Buying a house in Highlands is a traditional way of building a solid financial picture, but it’s also a source of pride and family cohesiveness. If you have been thinking about wading into homeownership this spring, I hope you won’t hesitate to give me a call. I have all the information you’ll need to decide if the water feels fine to you!