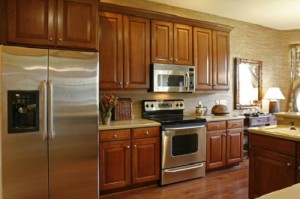 As the demand for age-restricted senior housing continues to grow nationwide, it’s certain to influence more than just the new home builders whose bread and butter depends on paying attention to such trends. It’s also likely to influence the character of neighborhoods as a whole, Sapphire’s included.

The numbers tell a story that’s been written about for years. As Sapphire’s baby boom generation joins their cohort’s arrival into retirement age over the coming decades, they will become part of the wealthiest generation of senior home buyers in history. Senior housing developers are very well aware of that fact, but its full impact has only really begun to be felt recently. One evidence: the National Association of Homebuilders reports that starts of age-restricted homes nearly doubled between 2012 and 2013.

Part of the reason may be cultural—but it’s also possible that improvements in health and longevity could be involved. Today’s older generation views senior housing through a different lens than did their forebears, which means that new senior housing communities are taking on a look that’s considerably different from retirement neighborhoods of the past. There are multiple influences that are shaping the new senior housing mold. Among them—

Today’s typical senior as part of a financially powerful demographic, is changing the look of retirement neighborhoods. But independent thinking has long been a notable characteristic of the boomer generation—so it also follows that not every Sapphire senior will make that lifestyle choice.

Senior or not, I’m always standing by to further your next residential move!