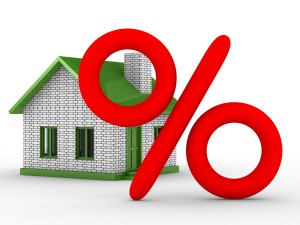 Sapphire’s mortgage interest rates have been so low for so long that there is the definite possibility that the real value they represent—for both Sapphire home buyers and sellers—may now be being taken for granted.

It’s only natural. If you believe that past history is the best predictor of future performance, last January’s common wisdom that mortgage interest rates in 2014 would head up to at least 5% or more wouldn’t have fazed you a bit. One quick glance at the squiggly lines on a chart showing either 30-year or 15-year fixed mortgage interest rates reveals a pronounced downward slope. Ever since mid-year 2007, it looks like a playground slide. It does level off at the end, starting around three years ago; but if you take in the longer view, back to 1982, you see an even steeper tumble—all the way down from (gulp!) 18%! Only the bravest child would dare climb the ladder to that playground slide…

For a couple of years now, most of us assumed the bottoming-out of Sapphire mortgage interest rates would reverse soon enough. But, as The L.A. Times pointed out on New Year’s Day, “…instead of the year ending with 30-year mortgage rates at 5% as many had projected, it wound up at an average of 3.8%…” Now, although some industry leaders (like the Mortgage Bankers Association) again expect mortgage interest rates to end 2015 at around 5%, most forecasts “now come with more sheepish comments about clouded crystal balls.” And The Times also acknowledges that some observers think rates could stay low, or even decline.

With this newly-voiced uncertainty about future rises, coupled with last year’s rates refusing to budge from the familiar comfort of basement levels, it would hardly be surprising if most folks have simply adjusted to today’s Sapphire mortgage interest rates—and allowed their own real estate planning to proceed accordingly.

If so, that’s likely to become a real forehead-slapper when they look back on it…possibly in the near future. Low mortgage interest rates in Sapphire are in actuality a rare gift: a true windfall for those able to capitalize on them.

If you are contemplating buying or selling a Sapphire home anytime in the future, I do hope you’ll give me a call to discuss today’s market—and the opportunities that are here (and right now). As we know from our own playground experiences, once you find yourself at the bottom of the slide, sooner or later you’ll be climbing up that ladder once more!