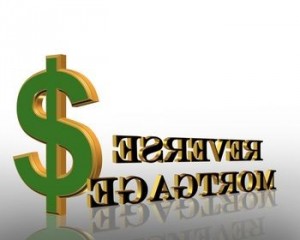 You’re at home in Highlands, watching TV and trying to unwind, when all of a sudden here comes another baby boomer celebrity, looking into the camera, giving you his most sincere, trustworthy look, then assuring you that a “Reverse Mortgage” really isn’t too good to be true (even though it sounds like it is).

What could be better? Any Highlands homeowner 62 or older can apply: then the bank pays you instead of the other way around! You could even use part of the tax-free proceeds to pay off the other mortgage! Or go to Monte Carlo and break the bank! (The trustworthy celebrity only hints at that one). You don’t have to pay back the loan until blah blah blah, the property remains yours, etc. etc. etc. What could go wrong?

Short answer: quite a lot, actually.

Long answer: if you don’t plan for the long term consequences, this can be a potentially disastrous maneuver. As a quick and painless way to raise cash, it often is too good to be true.

For openers, the actual name of this loan is not ‘reverse mortgage’— it’s an HECM, Home Equity Conversion Mortgage—a much more descriptive name. It allows 62+-year-olds to ‘cash out’ the equity they’ve built in their Highlands home. Not all of the equity; just some. As soon as they no longer live in the home, the loan must be repaid in full. The problems are all in the details.

Suppose a husband and wife live in a Highlands house owned by the husband. He applies for reverse mortgage, dies 11 years later, leaving the house to his wife. Because the reverse mortgage becomes payable when the mortgagee (the husband) “leaves” the property, the loan becomes due and payable. So the spouse may be forced to sell the home in order to repay the loan. But it’s also possible that the same thing occurs when the mortgagee is permanently relocated to a nursing home.

Detail 2 (and it’s one you really have to take into account): Interest

Most often, no payments are made on reverse mortgages. Unless the trip to Monte Carlo ended well, it’s likely that the balance owed remains. However, interest accrues on the loan at the “prevailing rate”—which may be a misnomer, because reverse mortgage interest rates are often high. Over the long run, the amount owed could eat up most of the value of the house. The spouse could be left with very little to live on.

While the fees charged for a reverse mortgage are capped by the government, they’re still much higher than those for traditional loans (possibly why the trustworthy boomer celebrity got involved in the first place). Because credit scores aren’t used to determine eligibility, higher fees are charged to help cover lender risk. Then there are requirements for keeping up the property (what if illness causes a temporary lack of attention?), paying taxes on time…and other circumstances that could cause the loan to be called in, forcing sale of the home.

Yes, a reverse mortgage can be a valuable resource for some Highlands retirees on limited incomes. However, before even thinking about committing, it’s vital to sit down with a trusted financial adviser. If it turns out that selling or downsizing makes a lot more sense, calling me is the next step!