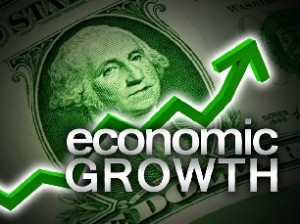 Lake Toxaway’s economy, like all others, is largely dependent upon consumers doing what consumers are supposed to do: buy! Why they make their decision to behave or not is every bit as complicated as you would suppose. It’s the product of how their own careers are faring; how the greater economy (and the economy in Lake Toxaway) are doing; even how the world economy is behaving—or seems likely to behave anytime soon.

In all of this, the hard facts about how the economy is actually doing are not just backward-looking, they’re also slow to arrive. Worse yet to those who think numbers should mean something definite, the numbers are frequently recalculated later. The latest ‘jobs’ numbers or the ‘housing starts’ numbers, when they are announced, are often accompanied by a statement that the previous quarters number has been “revised to” x. If you are a local business person who makes projections based on the best information available, that wouldn’t be the new number—it would be the previous, now revised number: very old information.

There is one way around this, though, and that’s fortunate. Everybody has the same reliability and timeliness problems, yet have to have some basis for making discretionary spending decisions. The usual solution is to rely upon measurements not of the actual economy’s activity now or in the past, but of what most people expect that activity to be in the future.

Yes, that kind of measurement is ‘soft’—opinion, rather than hard data. But if those expectations are widely publicized, they affect what actually comes to pass. If consumers are bullish on the future, well, that’s reassuring news! Lake Toxaway businesses are encouraged to stock their shelves. People are more likely to list their Lake Toxaway homes for sale. The local economy looks better and better! On the other hand, if consumers are depressed about the future, caution will prevail. Businesses will hold off on new hires and trim their inventories. You can’t be too careful, after all. To some degree, consumer expectations often become self-fulfilling prophesies.

That’s why December’s latest consumer confidence reports are the best news for the future of the economy we’ve heard for some time. Last week, Reuters ran the headline, “U.S. Consumer Sentiment at Eight-Year High”; the Business Insider, “Consumer Confidence Crushes Expectations.” Reuters attributed the burst of citizen optimism to “improved prospects for jobs and wages, and on lower gasoline prices…”

The University of Michigan co-sponsors the index upon which the numbers are based, which showed December’s reading of consumer sentiment at 93.8, “the highest reading since January 2007.” That was a full 4 points above the median that had been previously forecast by 70 economists. It was also 5 points higher than the final reading for November.

If the Lake Toxaway economy perks up as anticipated, area real estate watchers should expect a noticeable uptick in activity—particularly if mortgage interest rates stay low, and inflation remains a non-factor (the same survey pegged consumer inflation expectations at 2.9%). If you are a Lake Toxaway homeowner or prospective buyer with an equally upbeat outlook, it’s good reason to give me a call to discuss how your plans dovetail with a rebounding market!