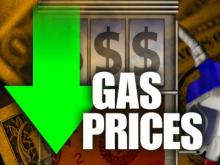 Just about the last thing Highlands homeowners expect is for the price of something we use every day to drop precipitously. It isn’t just that we’ve grown skeptical about the way official inflation numbers are formulated (although we have). It’s simply that when it can cost more than a dollar for a Coke, we’ve drawn our own conclusions. To quote The Wall Street Journal’s front page last Tuesday, “Basic Costs Squeeze Families.”

So it’s been slightly disorienting to experience what has been happening with energy prices in Highlands. It’s not your imagination—as you drive past the neighborhood gas station, the prices on the sign really have dropped nearly 30¢ a gallon over the past month or so. As December began, prices from coast to coast were at their lowest since December of 2010. And home heating oil prices were following suit, leaving one to wonder if electricity and natural gas couldn’t be far behind.

Highlands homeowners should be among the most pleasantly surprised, for a number of the reasons pointed out last week by Molly Boesel in an Insights blog titled “An Unexpected Windfall.” Ms. Boesel is the Senior Economist at CoreLogic, and like any card-carrying member of the economists’ trade, was able to draw up a number of graphs and charts to bolster her point—which was that lower energy prices might well stimulate housing demand. It’s not just that more money remains in drivers’ and homeowners’ wallets as gasoline and heating/cooling expenses sink. There is another less obvious factor.

That factor is VMT (Vehicle Miles Traveled) per capita, and there seems to be a strong relationship between it and homeownership rates. The logic is that as prices for gasoline and diesel remain low, homebuyers are encouraged to move further and further from urban cores (or wherever their jobs are located)—out to where they can buy bigger and more expensive homes. If that sounds like a bit of a leap, history suggests otherwise. VMT per capita rose steadily alongside the increase in homeownership rates from 1994 to 2004; after which “the trend then reversed from 2005 to 2014, with homeownership rates and VMT per capita falling back to 1994 levels.”

So the possibility exists that if the present energy price levels remain low (more precisely, if future homebuyers believe that’s likely), it could “incent buyers to again” move to larger and more expensive Highlands digs, heedless of how far their personal commute becomes. It increases the number of potential Highlands homebuyers.

If common sense tells us, “wait a minute-what about the effect of the housing bubble burst?” Ms. Boesel has an interesting take. She points to an earlier working paper (2012) by three researchers entitled “How High Gas Prices Triggered the Housing Crisis: Theory and Empirical Evidence.” That title was enough to keep me from actually reading it—I was content to just ponder the idea that it was gas prices—not big-time financial manipulations—that caused all the trouble! Leave it to economists to come up with that one…

At any rate, for Highlands homeowners musing about what they can expect when they put their homes on the market, the possible effects of lower energy prices has to be heartening. Not to mention, another good reason to give me a call to discuss Highlands’s current real estate market!