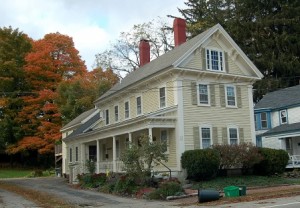 There are acronyms that have grown so familiar that they are more like words than the phrases they represent (think “SCUBA” for self-contained underwater breathing apparatus or “laser” for light amplification by stimulated emission of radiation). Sapphire REO properties aren’t in that category. For instance, REO homes aren’t located next to a river with a Spanish name. Most people have never heard of REOs, although they are familiar with what they stand for.

REO is the acronym for ‘Real Estate Owned,’ but even that doesn’t help (every bit of real estate is owned, for Pete’s sake!)

In case you are thinking that REO looks a lot like OREO, and that it could have something to do with the U.S.’s most popular cookie, you are closer to the truth than you might imagine. REO is shortened from a financial term used by banks: “Other Real Estate Owned”—OREO—meaning real estate that is owned by the bank but not directly connected to its banking business.

Which is very much on point for what Sapphire REO opportunities represent. Although its ownership has reverted to the bank which issued a mortgage loan for it, a Sapphire REO is in a kind of Cinderella situation. The REO may not have to clean the bank’s floors at night, but its new owner likes all its other investments better. The bank probably tried to sell the thing at auction, but got nowhere. The bank isn’t at all pleased with the situation. As the OREO designation indicates, it’s not directly connected with the bank’s bankiness. Like a cat trying to shake water off its paw, the bank wants to get rid of it…be done with it…lose it!

Enter the essence of a Sapphire REO opportunity. It’s a home with an owner who wants to sell; is motivated to sell!

Then again…the essence of what the bank does best is to make money. It lent some to the former owners, and now it’s taking in zero from the monthly payments that aren’t happening. So although, like the cat with the wet paw, they’d like to shake the whole thing off, they’d also like to get back as much money as possible.

Enter the essence of the hitch in the REO opportunity.

If you are a potential home buyer who is a true bargain hunter, one of the local REO properties could be of interest. You have to find one. You can try contacting lenders and asking them for a list of their REO properties, but sometimes that is a time-waster. Working with a real estate agent is usually more reliable. Then you have to be prepared for today’s REO realities. Gone are the scads of REOs that flooded the market after the financial meltdown. Today, banks are likely to have established an asking price that is reasonable rather than spectacularly low. Your agent will help assemble comparable property prices to aid evaluation. Too, because buying an REO is an “as is” transaction, you will benefit from working with a team of experts (Realtor®, lawyer, perhaps a contractor) who can work to protect your interests (for instance, by building in an escape clause in your offer letter in case unforeseen property damage turns up later).

Sapphire REO opportunities can be terrific finds—and so can others that involve less complication. There is one sure way to investigate the values that are out there: call me!