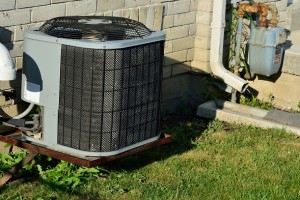 A lot of what Sapphire readers and TV viewers see and hear can leave them with the definite impression that the nation is headed for rough sledding. Most of us do understand that the “news” is selected to get our attention…and that often results in a steady stream of headline-grabbing accidents, malfeasances, and international catastrophes of every stripe.

It could make anyone feel pessimistic about the future. When it comes to how we plan for our own personal prospects, issues like a rising national debt and stymied income levels could lead any Sapphire resident to envision a future of gradually diminishing living standards. When people fear a storm coming, they prepare. Pull in their horns. Cut back. Economize.

But apparently if our futures are to bring the kind of storm clouds hinted at in the nightly news, few of us believe it.

The evidence for that conclusion comes from no less an authority than the United States Census Bureau. It issues an annual report called The Characteristics of New Housing. Reading the latest, which summarizes new housing built last year, yields some surprising information. This, too, is news. It may not have reached any of the news outlets Sapphire readers would have seen, but I think it deserves a headline or two.

The first new housing surprise was that of the 620,000 single family homes completed in 2014, 565,000 were built with air conditioning. That’s 91% of them. I’d expect that kind of statistic for the Sunbelt states, but not nationwide. Clearly, the day of swamp coolers or toughing it out during September heatwaves are over. The era of relying on good cross-ventilation in a home has apparently gone the way of automobiles sold without radios (or, come to think of it, without A/C!).

More significantly, 64,000 of the more than half million homes were completed with two bedrooms or less. That may not surprise—there are many two-bedroom Sapphire homes, and some of them are elegant. What’s surprising is that 282,000 had four bedrooms or more. 4-to-1 over what used to be the U.S. standard of two bedrooms. If hard times are ahead, clearly the new housing buyers plan to weather them with elbow room to spare.

The rest of the Census Bureau’s survey is similar, and points to American homes with physical plants that are pretty opulent by historical standards. Only 25,000 had 1 ½ bathrooms or less, but nine times that many (221,000) were designed with three or more bathrooms. If we’re headed for a new Great Depression, at least we’ll meet it freshly bathed.

The median size of a single-family home completed last year was 2,453 square feet. When you consider that it was about 1,600 in 1973—and that the average number of persons per household has gone from 3 to 2.5 during the same period—you see why the American Enterprise Institute says that the living space per person has nearly doubled.

Sapphire residents with long memories have probably noted that the average household does seem a lot roomier in 2015 than in decades past, but probably less so the extent of the difference. For anyone looking to expand their own family’s elbow room, this fall’s Sapphire listings provide a terrific lineup of candidate properties. Give me a call if you’d like to take a close look at some of them!