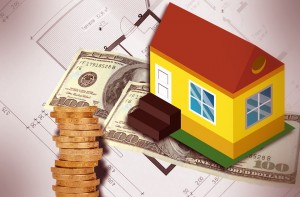 This spring’s Highlands housing market continues to reflect most of the trends that have held sway across much of the nation. There is good news, not-so-good news, and (happy to report) no really bad news at all. In fact, it’s the absence of threatening factors that makes our housing market a welcoming one for those looking to buy or sell in Highlands this spring or summer. Here’s the brief run-down:

Prices: look as if they will continue to trend higher, but more slowly than they have for the past couple of years. The consensus of expert opinion calls national average residential prices to climb 4%+, which is about 1%-2% more slowly than in 2015. Of course, every Highlands property (and neighborhood, for that matter) fares slightly differently, so those generalities are only helpful in the context of the actual Highlands “comps” (the comparables).

Rents: where Highlands rentals sustain the kind of vacancy rates that are being seen just about everywhere in the U.S., rates have nowhere to go but up. Property managers are reporting that they’ve raised rents in 88% of localities, which has had a push-pull effect on housing markets. On one hand, every increase nudges renters to more seriously consider the not-so-abstract monetary advantage home ownership produces. When owning is actually cheaper than renting in monthly cash flow terms (not even counting the long-term investment aspect), every month’s rent check is a new spur to investigate that option. That’s the push. The pull is that those expensive rental dollars spent make it that much harder to save for even a nominal down payment.

Mortgages. No news here: mortgage interest rates just don’t seem to want to rise—no matter how certain the financial experts are that they have to do so. Actual recent history has chastened those forecasts, though, so at this point, most Highlands borrowers probably expect that rates will stay below the 5% mark throughout 2016. Still, with many quotes for last week’s 30-year fixed hovering in the high 3%s, the incentive to take advantage of today’s rates remains a strong point.

Inventories. With few exceptions, the reason why all those incentives to buy have not created an explosion of real estate activity is the shortage of homes on the market—the inventories. That is an additional incentive for Highlands owners to list, since it means limited competition channels more potential buyers to their own property.

As the spring selling season gets going in earnest, we’ll see if Highlands’s housing market behaves the same way the broader national real estate trends indicate. For an immediate micro-update, just give me a call anytime! 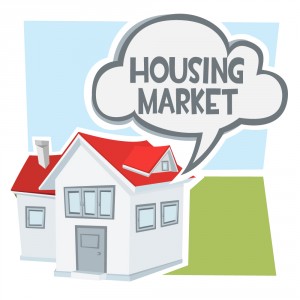 With Sapphire’s housing news behaving pretty much in line with the rest of the nation’s—that is, exactly as expected for a brisk spring selling season—you don’t usually expect to see much eye-catching housing news in the national press. That’s why last week’s USA Today Money section’s front page story was interesting. Inside, there was more, too. Tucked inside the same section was “THE WEEK AHEAD” which provided a day-by-day schedule about imminent housing news releases—a welcome heads-up for any devoted Sapphire housing news observer. I’ll get back to how that wound up working out later…

The lead housing news item, headlined “AS RENT GOES UP, SO MAY HOUSING MARKET,” centered on the sort of shift that can wind up being indicative of something: for the first time in at least five years, they found “a milestone that should spur the sluggish home-buying market.”

That milestone was a rise in U.S. median rent prices, which climbed 4% from a year earlier—the most robust increase since March 2013. A little less firm was what the ‘something’ that this indicated, but the balance of opinion seems to be that the climbing rent number will prod more renters into buying a place of their own. This seems a reasonable enough takeaway, and it’s one that is supported by history. Underlying that conclusion is another contributing factor: “multifamily construction fell off a cliff after the…financial crisis in the late 2000s…”, so the tightening availability of rentals also factors in.

The item ends with a slightly contrary (and logical) point: rising rents means it will be tougher for tenants to save up for down payments, all the more because rents are now rising faster than wages.

That earlier-mentioned “THE WEEK AHEAD” article on the second page had a list of real estate news reports that were scheduled to be released last week. It was headlined, “Data may point to warmth,” and was indeed more real estate news (rather than a weather update). But the optimism about warm spring weather possibly pointing to a rise in home builder sentiment was slightly chilled when the actual report came out: sentiment dropped two points in May.

Housing starts data were scheduled to be released on Tuesday—and this one turned out to be GREAT! The Census Bureau “surprised the market” with the strongest monthly report for starts and permits in 7 ½ years—soaring 20+% in April (with single family housing up 16% from March). So, one has to wonder: if home builders are less optimistic than predicted, why are they breaking out the hammers and saws so energetically? The housingwire.com website thought it represented a rebound from “weather-depressed” previous numbers…so maybe the “Data may point to warmth” headline had been right, after all.

The rest of the real estate news releases for the week were less interesting because they centered on reaction to the Federal Reserve’s release of the minutes of their meeting, which (let’s face it) are traditionally confusingly vague. But the week was slated to end with Friday’s Labor Department release of consumer prices, as indeed it did: price rises slowed to 0.1% from the 0.2% in March. Good news, also. All in all, Sapphire readers had to come away from the spate of housing news with a considerably warmer feeling than they’d had for much of the winter.

For an up-to-the-minute update on how Sapphire’s market compares with the rest of the nation’s—and how your own plans stand to fare—just give me a call any time!