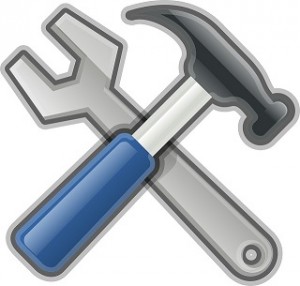 When it comes to boosting your Highlands home’s value, the question arises about which of the possible improvements that you might undertake would wind up paying for themselves. At first blush, you might think this should be a cut-and-dried analysis­—that is, any improvements that don’t at least add their own cost to the asking price should be disqualified.

But that would be to discount the fact that a property’s improved condition can speed its sale. When a few improvements might change the overall impression from ‘fixer-upper’ to ‘move-in-ready,’ true value is added. Too many days on market can wind up being costly to the seller, not only because of the inconvenience factor, but because interested buyers may assume a deeply discounted offer will have a better chance of being accepted.

In any case, especially when the budget for improvements is especially tight, there are some cheap fixes that can be counted as especially likely to recoup their cost. Here are three that Highlands sellers can consider:

Let There Be Light

Nothing torpedoes a Highlands home’s marketability like the impression that it’s a creaky old relic. We’re not talking about homes that merit ‘antique’ status, which is a plus, but those with rooms that seem gloomy: the opposite of those with bright, airy spaces that convey a cheerful feeling. Because rebuilding a room to actually expand its physical dimensions is expensive, one solution is to create an improved atmosphere with light: adding or replacing light fixtures.

To maximize your bang for the buck, consider adding a showpiece fixture or two—perhaps a chandelier or pair of wall sconces—in key locations. The kitchen, dining room, and entryway/foyer are all great choices for a hanging light fixtures. Buyers often tend to focus on those areas, and respond well when they are transformed into warm and inviting spaces.

Seed Your Way to Curb Appeal

It’s a truism that curb appeal is vital, but when time and budget make it impractical to deal with a full front yard do-over, one of the least costly improvements that immediately boosts eye-appeal is to put the lawn in top condition with a quick reseed. Brown patches and bare spots are a sure way to kill a lawn’s visual appeal, and even otherwise-healthy areas can get a boost from thicker growth. A variety of easy-to-use products are available that allow you to simply sprinkle an all-in-one mixture of fertilizer and seeds that will take root and grow quickly. Take a pass over the lawn now, and with consistent watering, by summer the entire yard can look terrific!

While appearance matters, buyers are still going to be very interested in the “guts” of the home. If you’re dealing with an older Highlands house, it’s likely that the plumbing has seen better days. Fortunately, replacing or upgrading pipes doesn’t have to be as expensive and disruptive a project as used to be the case. Modern technology allows new plastic piping to be snaked between the walls through a few small holes. Amazingly, today’s plumbers can sometimes even avoid installing new pipes by lining existing pipes with self-expanding vinyl bladders that seal leaks and protect water quality.

I’m always happy to provide a no-obligation consultation to discuss which budget-wise improvements have a track record of adding appeal to Highlands home buyers. Why not give me a call? 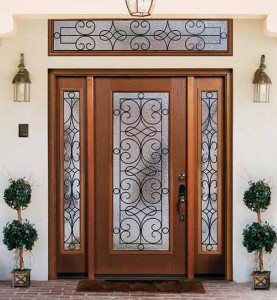 “The best real estate value in Sapphire!” is certainly a little bit over-the-top when it’s used in a listing, but in truth, that’s pretty much what most prospective homebuyers in every price range actually hope to find. For homeowners planning to list their own Sapphire homes, it’s good to keep in mind. When home improvement projects are going to be part of the preparations, adding real estate value without inflating the asking price is a goal worth pursuing.

Since there are so many improvements that could add to a Sapphire property’s real estate value, comparing how they have fared recently when it comes to the bottom line is worth doing.

Home office conversions haven’t appeared near the top of major Return On Investment (ROI) analysis lists for very long, so their performance is ambiguous. According to the yearly “Cost vs. Value Report” by Remodeling magazine, home office remodel projects don’t even break the 50% ROI mark. That’s a precipitous fall from earlier projections. I would guess the reason is that the analysts pegged the average cost at $28,000—but with the proliferation of laptops, tablets, and home Wi-Fi, why should a home office cost that much? (As a side note, it’s probably a reasonable guess that the same technological progress has incrementally lessened consumer demand for designated home offices).

Cost Matters in the Kitchen

The kitchen remodel is what most people picture when they think of big home improvement projects, and rightly so. But it’s here that planning pays off: not all kitchen upgrades register as equally good real estate value boosters. The kitchen is already the most complex room in your home, and it’s also a place where you can spend a fortune on fancy appliances and sleek cabinet replacements. The numbers don’t lie: when it comes to kitchens, your best ROI comes through limited budget-conscious projects. Leaders in cost recouping: new sinks, replacement counters, and highly targeted improvements like backsplashes.

Replacing the front door with an attractive, energy-saving variety remains the top dollar-for-dollar investment. It makes sense when you remember how important curb appeal is. A properly insulated and sealed door will also save money by cutting down heating and cooling bills—savings that show up in utility bill receipts when you’re queried on the cost of running your home.

Before you hit the hardware store or call a contractor, remember that maximizing the real estate value return is the ultimate goal. Some home improvement projects won’t add as much value as one might assume, which is why I keep an eye on the latest cost vs. value reports—and share them with my clients!