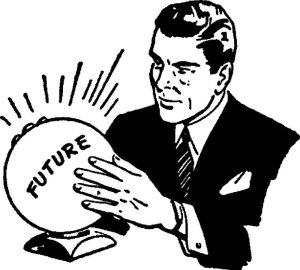 It does seem to be time for an in depth forecast about Lake Toxaway’s housing outlook for 2015. The prediction game is going strong everywhere else this week, with print and online journalists and TV talking heads interviewing experts and each other about what to expect in the coming year. Some make noteworthy predictions—but more seem to be doing their best to sound authoritative while remaining vague enough to avoid provably wrong calls.

I have to sympathize. Last year, after delving into the Lake Toxaway housing outlook to come up with predictions, the one I put at the top of my list was a forecast that mortgage interest rates would soon be climbing. That was safe—rates had been so low for so long, history told us they had to rise, didn’t it? Besides, all the experts agreed.

What then happened in 2014 explains why financial prospectuses tend to footnote projections with sentences like “past performance is no guarantee of future results.” Rates did rise; but then sank again. So this year, it’s probably a better idea to shelve the crystal ball in favor of laying out some of the factors we do and don’t know—factors that should influence the direction of Lake Toxaway housing trends for the coming year.

First, what we do know for sure. Since Baby Boomers make up the largest demographic in the country…

Uh-oh! No they don’t. The Census Bureau now says that the cohort of 23-year-old Americans has just become the largest in the country. Followed by 24- and 22-year olds, respectively. Probably why the chief economist at the NAR® projects that this generation will “drive two-thirds of household formations over the next five years.” He says 2015 will become the point at which the millennial generation’s presence in the housing market will be truly felt for the first time. So what we do know is that younger buyers have begun to join the ranks of homeowners in substantial numbers. That’s different; it has the look of a major trend.

And mortgage rates will rise (because they have to, right?) Again, this one only seems to be a reliable projection. At this point, a 30-year mortgage is actually lower than it was a year ago. It is thought that foreign influences (uncertainty in Europe; economic weakness in the Far East) are what have held down U.S. housing financing rates. If that’s true—and since no one can say with any certainty what to expect from events overseas—mortgage rates and their influence on Lake Toxaway housing activity should more accurately be placed in the don’t know column.

So will Lake Toxaway housing prices and sales activity rise in the coming year? We do know that the public opinion polling data supports that likelihood. Consumer confidence is building, possibly because of a brightening employment picture (not to mention last week’s record-breaking Santa Claus rally and other strong economic news). In fact, real estate mega site Trulia reports that their samples tell them “consumers expect 2015 to be better, especially for selling a home.”

Economists agree. Fortune.com says that economists are “nearly unanimous in predicting that home values would continue to rise” and that “surveys of homeowner sentiment suggest that more of them will look to sell their homes” in the coming year. If you are leaning in that direction yourself, there’s one factor we know for sure: I’ll be standing by in 2015, ready to put all of my resources and experience to work for your Lake Toxaway home sale!